Nichoias Winding Refn‘s Drive, which finished showing about 45 minutes ago, is the violent, Steve McQueen-ish, fast-car crime movie that guys like myself have been waiting for…almost. It’s a genre flick and hardly high art, and the truth is that some of the elements are under-cooked. But the things it does right are wonderful, really wonderful. For me anyway. 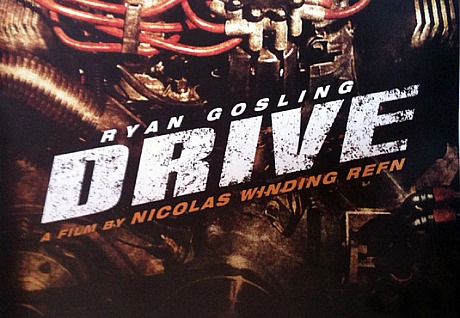 It’s Bullitt in the clothes of a curiously motivated stunt-car driver (a very stoic and charismatic Ryan Gosling) who moonlights as a freelance getaway guy. And yes, it has that stripped-down ’70s atmosphere in spades. And it delivers three killer performances from Gosling, Carey Mulligan and — big jolt — a darkly cynical and altogether splendid Albert Books (!), and a very fine one from Ron Perlman. It holds back, invests in silences, lets the ingredients percolate and build and then wham! And then it chills for a bit. And then wham! again. And then more quiet, waiting, looks, intimations.

It’s the kind of high-end genre flick that “they” stopped making a long time ago when “they” decided that the Fast and Furious movies were better investments. Jerks.

If I was Justin Lin, the director of Fast Five and two other Fast & Furious films, I would put on a fishing hat and a fake beard and hide out in the desert until things blow over. Lin churns out bonehead CG car fantasies that are impossible to even half-believe in. Deliberately. Lin pushes his absurdities in your face and says, “Cool, huh?” But Nicholas Winding Refn is a director, a real director, and one measure of this is that he makes you believe that much of what’s in Drive is fairly plausible. By today’s standards that’s almost a Godsend.

Parts of Drive are so carefully and cautiously dead-on and still and quiet, and are so thrillingly well-directed (or should I say well-engineered?) that I was grinning ear to ear. Smart talk, lean talk, oddly cool music, menacing aromas, superb car-chases…all to the good. And with all manner of knife-stabbings and hammers and severed arteries and head-stompings…a bit too much of this, actually, but we’ll let that slide for now.

And the early scenes between the barely verbal Gosling and Mulligan, who constitute the film’s romantic coupling, have the kind of poignant, eye-contact undercurrents that would do any straightforward guy-girl romance proud. 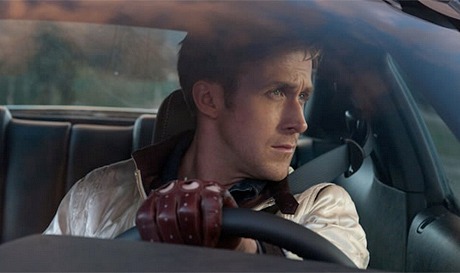 Why, then, does this roaring, speeding, fish-tailing, back-to-basics car movie that puts Fast Five to shame not feel entirely whole? Why does it feel like it belongs in the good company of Michael Mann‘s legendary Thief (’81), a film about a lone-wolf felon whom Gosling’s character somewhat resembles, but isn’t quite as good?

Answer: Hossein Amini‘s script makes Gosling’s driver into too much of an enigma. He doesn’t have a backstory and you don’t know what he really wants or needs. And you’re not told why he’s so efficient at fists and stabbings and gunplay. He’s just “the Zen guy” who walks slowly and waits and sizes things up before making a move. That’s okay on a certain level but I wanted more.

Anyway, I have to get up in five hours so that’s all she wrote, but there’s enough in this film to make a lot of people very happy. My only other complaint is that there’s a little too much blood, but…right, I said I was going to let that one go. For now. I’ll get into it a bit more tomorrow.