What does this Men, Women and Children poster indicate about the content of the film? We all understand that the marketing for a film and the film itself exist in two separate realms, but presumably the poster was approved by director Jason Reitman and colleagues. To me it’s saying the obvious, which is that no one in the film (which Paramount will open on 10.3) is paying attention to genuine human interaction except for the young couple. 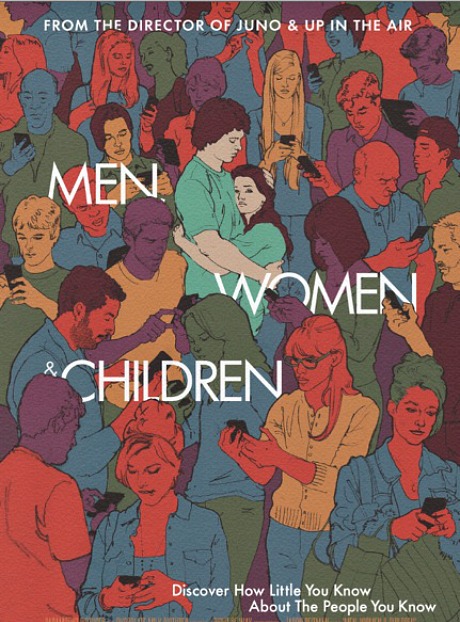 “Pessoa used to say that literature was the most agreeable way to ignore life. You think he would’ve felt the same way about your iPhone?” — a line spoken by Edward Norton‘s Matt Shiner character in a 2012 draft of Alejandro G. Inarritu‘s Birdman.