The Assassination of Jesse James by the Coward Robert Ford (Warner Bros., 9.21 limited) is only opening in four cities this Friday (New York, LA, Toronto Austin) and, let’s face it, is too much of swoony tour de force art film to connect with mainstream audiences. 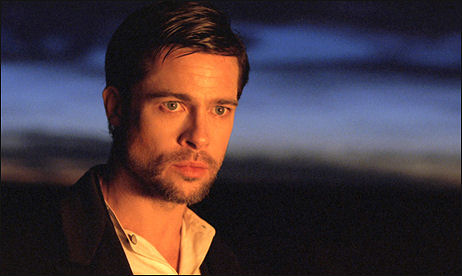 But it’s important, I feel (as do those who’ve praised the film — it’s got a 90% Rotten Tomatoes rating so far), for the per-screen averages to be as high as possible. If you believe in fairies and if you appreciate the importance of giving this awesome film a decent reception, you’ll clap your hands and arm-twist as many friends as you can between now and Friday into seeing it this weekend.

I got nervous last night, you see, as I spoke to a smart couple at a backyard barbecue who’d recently seen and enjoyed 3:10 to Yuma but hadn’t even heard about Jesse James.