Two and a half months ago I ranted against the critics who’d posted thumbs-down reviews about Nick Jarecki‘s thoughtful, entirely sufficient Crisis. HE to RT & Metacritic gang: “You guys can’t give a 26% RT rating to a film that’s ambitious and moderately gripping and narratively efficient for the most part…it deserves a pass, for God’s sake! You can say it has an issue or two but nothing fatal…c’mon, it’s more or less fine!”

The same kind of unwarranted dismissals have greeted Phillip Noyce‘s Above Suspicion, which began streaming yesterday. It currently has a 29% RT rating, and a 48% over at Metacritic. And it doesn’t add up. We’ve all seen films that have earned low aggregate critic scores, and we know how they tend to feel and play out. Above Suspicion doesn’t fit this mold at all.

Trust me — this is a first-rate, redneck-love-affair-gone-bad flick that feels like it was made in 1977, and that in itself makes it something to savor on all kinds of levels. 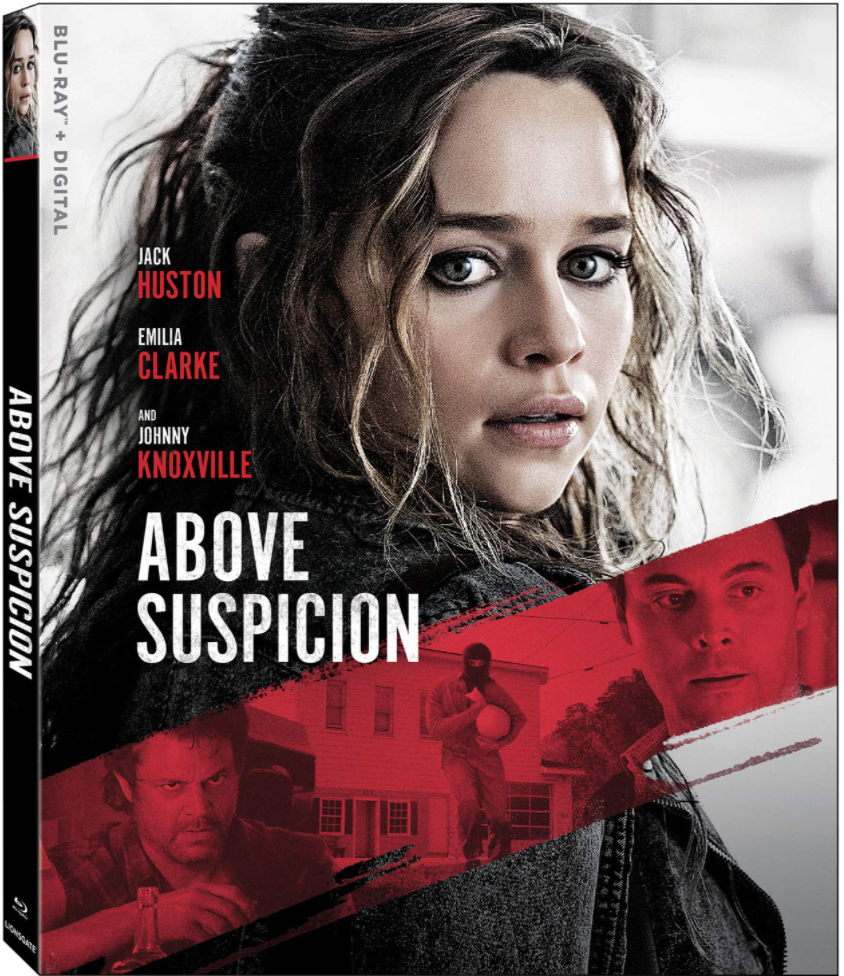 Excerpt from initial HE review, “The Girl From Lonesome Holler”, 7.24.17: “Most people would define ‘redneck film’ as escapist trash in the Burt Reynolds mode, but there have been a small handful that have portrayed rural boondock types and their tough situations in ways that are top-tier and real-deal. My favorites in this realm are John Boorman‘s Deliverance, Billy Bob Thornton‘s Sling Blade, and Lamont Johnson‘s The Last American Hero.

“Noyce’s Above Suspicion is the absolute, dollars-to-donuts equal of these films, or at least a close relation with a similar straight-cards, no-bullshit attitude.”

Why have a majority of critics taken a dump on it? Some simply haven’t liked it — fine. Others may have problems with the social-cultural elements. Critics often give passes to mediocre films because of certain political ingredients. A story about a desperately unhappy trailer-trash wife losing her bearings and getting dumped by her FBI lover doesn’t exactly scream “seal of good wokeness” or “#MeToo-approved.” Some critics may also have a problem with a film reflecting the values and living conditions of rural rightwing backwater types. Most critics will deny it, but they know there are some films they can’t pan while there’s no downside to slamming a film like Above Suspicion. Do the math.

Another issue was the fact that this poor film was snared in distribution troubles for nearly four years, and to some that means “must be problematic.” The trouble had nothing to do with quality, and was caused, in fact, by a couple of cowboy producers.

Empire‘s Al Horner called it “an enveloping if stately paced thriller that doubles up as a portrait of a broken America: one where impoverished people fall into addiction, then into crime and finally into the witness stand, only to be failed by the people meant to protect and serve them.”

Deadline‘s Pete Hammond: “Noyce has captured the feel of a coal-driven small community and the darkness lying beneath the surface. A true-life saga, Above Suspicion benefits from a strong dose of authenticity anchored by a revelatory performance from Emilia Clarke, who nails the demeanor and accent of a doomed soul trying to escape a beaten life. The star’s Game of Thrones fans might find her virtually unrecognizable here, but it is a thoroughly accomplished performance.”

“Suspicion About To Pop Through,” posted on 4.1.21: “Noyce always delivers with clarity and discipline but this is arguably the most arresting forward-thrust action flick he’s done since Clear and Present Danger. Plus it boasts a smart, fat-free, pared-down script by Mississippi Burning‘s Chris Gerolmo, some haunting blue-tinted cinematography by Eliot Davis (Out of Sight, Twilight) and some wonderfully concise editing by Martin Nicholson.

“Above Suspicion damn sure feels like a ’70s film. I mean that in the most complimentary way you could possibly imagine. It’s about real people, tough decisions, yokel culture, corruption, Percocets, hot car sex and lemme outta here. There’s no sense of 21st Century corporate wankery. Adults who believe in real movies made this thing, and they did so with an eye for tension and inevitable plot turns and fates dictated by character and anxiety and, this being rural Kentucky, bad karma and bad luck.”