Take this with a grain, but early murmurings about Robert De Niro‘s The Good Shepherd (Universal, 12.22) indicate it’s less of a story of how a real-life CIA counter-espionage ace (Matt Damon) gradually succumbs to obsessiveness and paranoia, and more of a…well, the readings are a bit vague. Positive but varying — how’s that?
Damon plays Edward Wilson, a character modelled on legendary super-spook James Jesus Angleton. And Shepherd, a verite spy thriller, is more or less his story. It’s said to be dense and labrynthian and exacting — all positive things — and also that it’s a wee bit long (or was when the film was screened a while back) and that it needs a few trims. 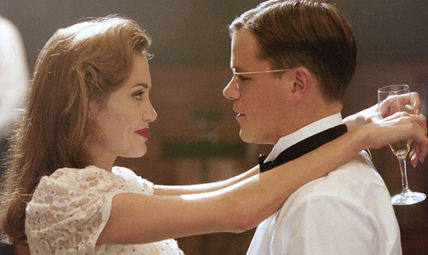 There’s a bit of a “hmmm” factor though. I haven’t heard that much, but I’ve heard enough to wonder if the film has soft-pedalled or even bypassed who and what Angleton became as he got older and more caught up in the rigors of counter- espionage.
The studio-supplied synopsis on Coming Soon says Shepherd is about “the tumultuous early history of the Central Intelligence Agency” so maybe it doesn’t even touch the ’70s. How old could Damon play? A guy in his late 30s or early 40s? That would take Wlson/Angleton story into the early ’60s.
< ?php include ('/home/hollyw9/public_html/wired'); ?>
One guy called Shepherd a kind of Godfather-like epic about the CIA from the mid ’40s to whenever (i.e., it doesn’t stay with Wilson/Angleton until the end of his career or life). Another said the Godfather analogy is off-base, and called it a rich, fascinating inside-the-CIA drama with a side serving of Wilson/Angleton gradually “paying a price” for being ultra-obsessive about counter-sleuthing.
And yet if you know anything about Angleton, you know he’s mainly known for having become a bit of a wackjob, especially in the ’70s. Go to Angleton’s Wikipedia biography and you’ll read that Angleton’s “excesses as a counter- intelligence czar, arising from extreme paranoia that may have been clinical, had adverse effects on the agency, especially during the 1970s.” 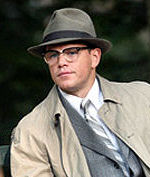 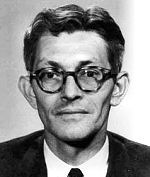 You’ll also read that the term “Angletonian” is an adjective meaning something conspiratorial, bizarre, eerie or arcane.
And yet one of the Good Shepherd viewers I spoke to said flat-out that Wilson doesn’t turn into a nutter. Maybe he was just downplaying it — maybe Damon just turns hyper and rigid as opposed to foaming at the mouth — or maybe the Shepherd plot doesn’t advance that far.
But if De Niro (working from a script by Eric Roth) has de-accentuated Wilson’s wackazoid aspects, that would be a bit like making a movie about boxer Jake La Motta and downplaying the fact that he eventually turned into an overweight, wild-mannered Miami club owner who wound up on the skids.
The Good Shepherd costars include Angelina Jolie, De Niro, William Hurt, John Turturro, Alec Baldwin, Billy Crudup, Keirr Dullea, Michael Gambon, Gabriel Macht and Joe Pesci. 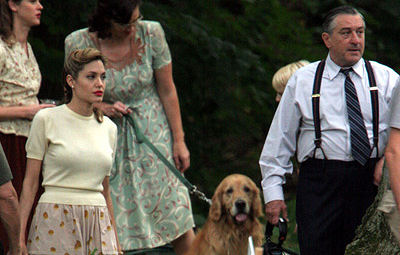 Jolie, Robert De Niro on set of The Good Shepherd

Wikipedia’s opening graph reads as follows: “A poetry aficionado with known ties with the likes of Ezra Pound and T.S. Eliot, and an avid fly-fisherman and orchid- grower, Angleton was an unofficial adviser to successive directors of the CIA, most notably Allen Dulles and Richard Helms. His creative genius for scenario- building and thoroughly penetrating understanding of espionage, deception and false flag operations remain uneclipsed to this very day.
“Considered by many within the intelligence profession as the single most polari- zing, most controversial and admittedly most revered spymaster bar none, Angle- ton had lived spy tradecraft with mad passion. Even the KGB used much of his tradecraft as training tools for their case officers and assets.”