A guy who talks to money guys and is familiar with the financial flow-through situation in the independent financing world believes that “there’s so much [production] money out there right now, and there’s so much product coming out that the market is being swamped, and a lot of people are getting killed, and it’s going to get worse.” 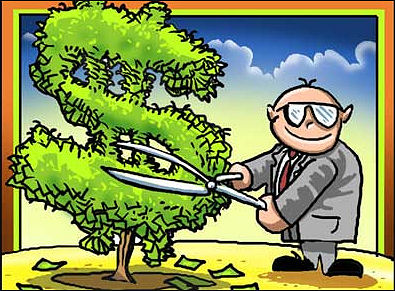 I’m sensing this swamp effect from my perspective also It seems like there are so many films out there that I can’t keep up. All these little films are coming out and I want to see them all but I don’t get around to a good percentage. And my failure to keep up is helping to seal the fate of some of these films, and I feel badly about that.
“It’s so crowded [out there] that they’re going to kill each other.” the guy believes. “I talked to a guy on a plane last March, and he said back then — this was five months ago — that there’s an amazing amount of money out there and almost anyone can get funded.” I was told in May 2005 that the floodgates were opening bigtime. Everyone has been aware of this for at least the last couple of years.
“But so many independent films are coming out that they’re going to have trouble getting distribution, getting video deals, getting TV deals…and soon or later it’s going to implode. There’s too much product, and few of [these movies] are doing well enough to be called successes.” In short, a very grim forecast due to a very crowded market.
“What independent movies have done any real business this summer?,” he asked. “La Vie en Rose, Rescue Dawn, Waitress, Once, 1408 and what else? Miramax is doing decent business with Becoming Jane right now and they’ve got No Country for Old Men coming out in November and maybe getting into the Oscar game, but they’ve had a very dry season for a good year, and if this continues Disney is not going to finance them. Lionsgate got slammed with their torture movies cratering, although 1408 — a good classic horror film — did pretty well.”