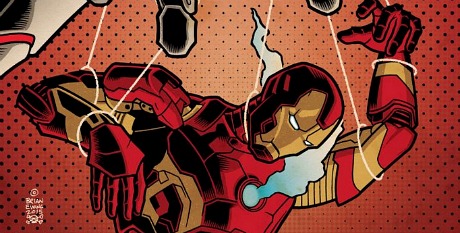 “Could this be what it feels like to make a Marvel film, as you strive to free up the dead weight of all that cod-mythology? On the night I saw the movie, Whedon arrived to introduce it. ‘I’m really tired of it,’ he said. Everyone laughed, thinking that he was joking. Now I’m not so sure.” — from Anthony Lane‘s New Yorker review, included in 5.4.15 issue.