“Talking To An Empty Telephone…” 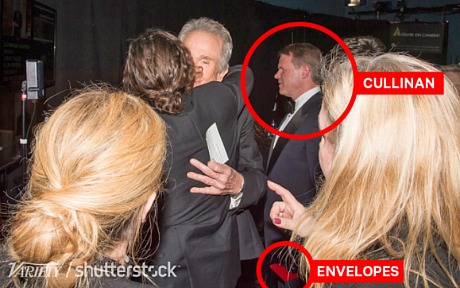 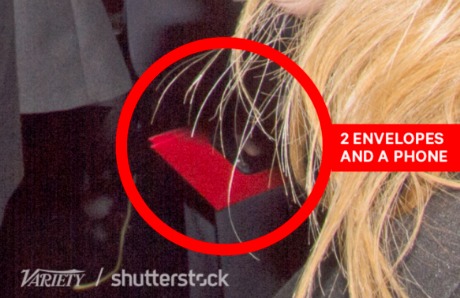 “In [Variety’s] exclusive images, Cullinan can be seen on his mobile phone at 9:04 p.m. PST, according to the metadata on the photographer’s camera (his Emma Stone tweet was posted at 9:05 p.m. and later deleted). Meanwhile Beatty and Dunaway had taken the stage at 9:03 p.m., putting the PWC executive on social media at the start of Beatty and Dunaway’s presentation.”

In other words, as Beatty and Dunaway were struggling on-camera with the meaning of an envelope card that said “Emma Stone, La La Land“, Cullinan — no doubt having concluded that the show was essentially over and that his PwC duties had been satisfied — was tweeting his Emma Stone photo.

The mistaken Best Picture announcement (i.e., Dunaway announcing that the winner was La La Land) may have happened just before Cullinan’s tweet or just after or right at the exact same moment, but the bottom line is that he had disengaged from the proceedings and wasn’t on the stick.

That’s it — game over. Right now Cullinan is probably wishing he lived under a Putin-style regime. That way his elimination would at least be sudden and swift. 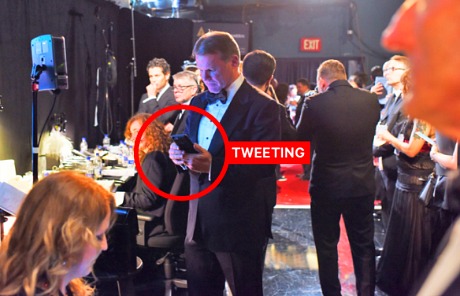 Update: Cullinan and Martha L. Ruiz, his PwC partner/colleague who also worked backstage during last Sunday’s Oscar telecast, have been permanently deep-sixed as far as participating in any future Oscar shows is concerned.