I’ve been dinged here and there for speaking highly of the early, funkier version of George Hickenlooper‘s Factory Girl, and for pushing Sienna Miller for Best Actress. So it’s satisfying to note that contrarian tough guy Charles Taylor has reiterated his support of this embattled film in a well-reported history in today’s N.Y. Times that covers the ride from inception to production to theatrical release. 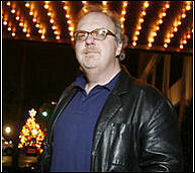 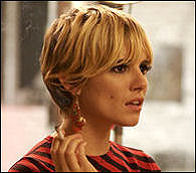 “On July 17, thanks to DVD, the public will get to see the fuller version that Hickenlooper, Harvey Weinstein and producer Holly Wiersma were frantically working with last December,” he says. “It’s not the documentary-style cut that Hickenlooper, a documentarian himself whose credits include Hearts of Darkness and Mayor of the Sunset Strip planned when he originally laid out his vision of the film to Wiersma. But it does flesh out the somewhat truncated version that eventually made it into theaters.
“The new version confirms the mixture of empathy (for Sedgwick) and cold-eyed appraisal (of Warhol) evident in the theatrical version. And it confirms the extraordinary power of Miller’s fearless performance, as well as deepens the storytelling.”