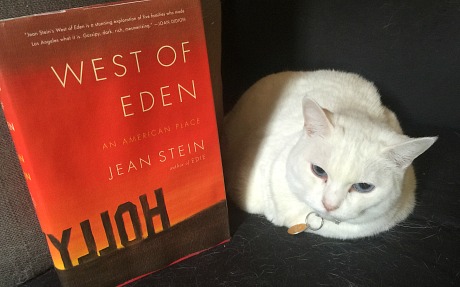 “I don’t know why Mother let us get into the car with this maniac, but it was magical, the roof open so the Italian night was flying around our heads, all the little road markers and the trees. It was just heaven — faster, faster — I’m sure we were egging him on, and he’s gearing down beautifully and then gearing up beautifully. He’s playing the thing like an instrument, and it’s a Ferrari for crying out loud. The engine was like God was speaking. I remember the road. I remember the night.” 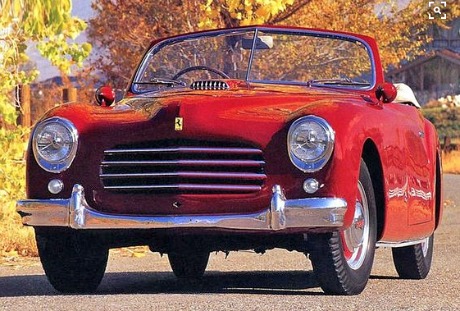 Excerpt #2, a story about the differences between Bob Walker and his younger brother Michael, and a parable about not carrying guilt and the weight of the world on your back: “Michael was quite an interesting character. He carried enough darkness for the two of us. All through his life he carried the dark stuff about Mom, and the only things I’m carrying now about Mom are the beautiful moments of her that I remember. It’s just the luck of the draw that I’ve been blessed with the ability to allow my troubles to dissolve. I don’t carry them with me.

“Have you heard the story about the two monks? Two monks come to a river, and they’ve sworn the highest vow that they won’t touch women. They aren’t even supposed to look their way or entertain any thoughts about women whatsoever. Absolutely chaste. But they come to a river and this young lady is trying to get across, and she’s got a jug of water or some kind of burden. Well, one of the monks picks her up immediately in his arms and puts her on the other side. The other monk is absolutely aghast but finally struggles against the stream and catches up with the other monk, who is now well clear and far down the road.

“The second monk eventually catches up and says “Tom” or whatever, “what happened? You know that we’ve taken these vows never to touch, much less look at a woman and never speak to one, and what have you done?” And Tom says, “What are you talking about? I left her behind an hour ago. You’re still carrying her. You’re still thinking about her.”

Great story! I am a Tom type of guy all the way. Between 95% and 97% of the Twitter community, trust me, is comprised of bothered, bent-over, guilt-trippy assholes who can’t shrug stuff off or let their shit go, and so they take out their rage and frustration on the Toms of the world. 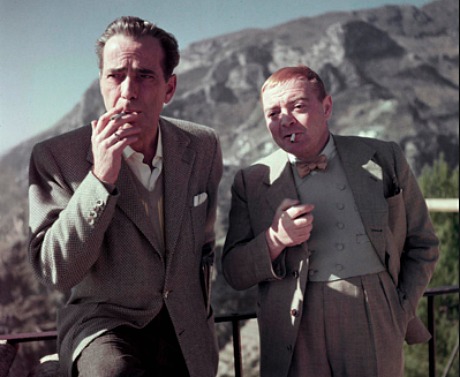 Humphrey Bogart, Peter Lorre during the 1953 filming on Beat The Devil.

February 23, 2016by Jeffrey Wells11 Comments
« Previous post
La-La Land, CinemaScope 55, Too Many Emails & Phone Calls, Waste of Time
Next post »
Sorry But This Is Funny