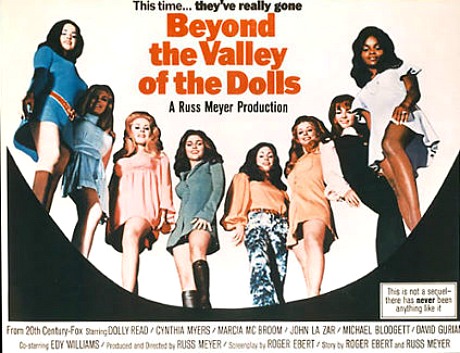 One look at that poster tells you that no one goes down on anyone or does anything the last bit “dirty.” You can just tell right away.

The beginning of Vincent Canby‘s 6.27.70 N.Y. Times review is hilarious: “Any movie that Jacqueline Susann thinks would damage her reputation as a writer cannot be all bad. Beyond the Valley of the Dolls isn’t — which is not to say it is any good. It is to say that on the scale that measures the comparative values of incomparable things, for example, termites versus tides, Beyond the Valley of the Dolls comes off with a slightly higher rating than Miss Susann’s novel, ‘Valley of the Dolls,’ and the movie that Mark Robson distilled from it, making tap water out of tap water, as it were.” 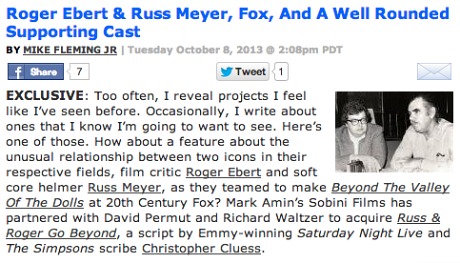