Thanks For Obnoxious Agitations, Guys

The nation’s moral conscience needed to be challenged and goaded after the 5.25.20 George Floyd murder. Nobody’s ever questioned that. But then the challengers and goaders wouldn’t leave, and it’s been going on for nearly three months. Yes, it happened again with Jacob Blake, but that wasn’t quite as open-and-shut. Either way I think most of us kinda get it now, but maybe not. Maybe we need to keep being prodded and reminded and shouted at while eating on a permanent ongoing basis because, you know, a lot of us are slow.

Maybe we should drop to our knees and thank all the wokester shitheads out there for refusing to back off in the Northwest and Chicago and occasionally D.C.? Because America needs this element (nightly agitation, rightwing militias, shootings, storefront trashings) in our lives, and especially because we need to prod as many rurals as possible into thinking about not supporting Joe Biden. This is our charge. 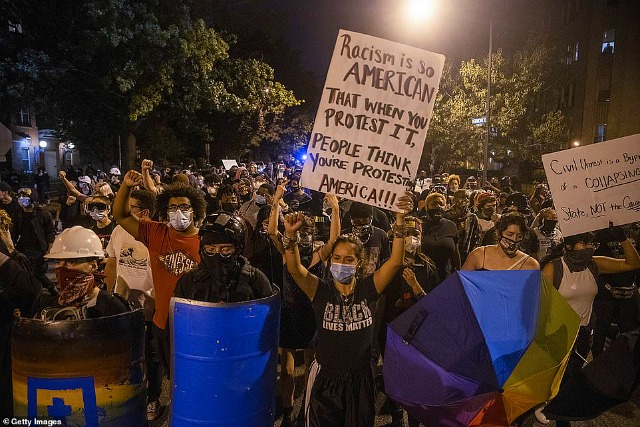 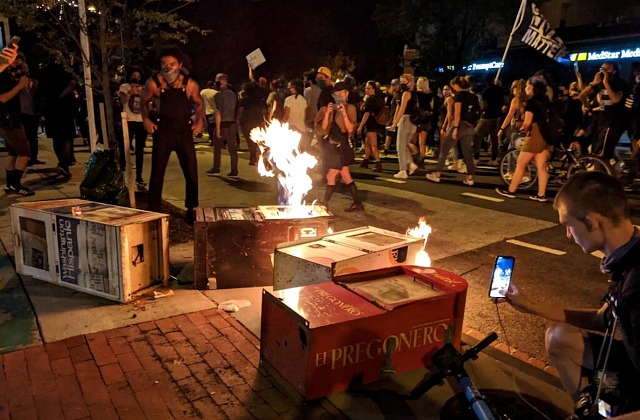 People in the crowd are setting off firecrackers and shining flashlights into homes here in DC as the march continues pic.twitter.com/mZ2xGXr6go 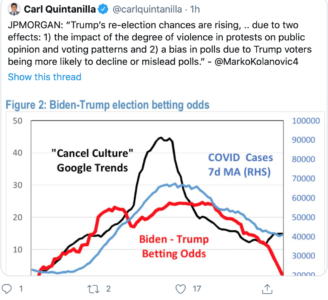