“The Constitution Is Pretty Clear About What’s Supposed To Happen…”

FACT #2: Every nominee has received a vote within 125 days of nomination. Since 1975, the average time from nomination to confirmation is 67 days. In fact, since 1875, every nominee has received a hearing or a vote. The longest time before confirmation in the past three decades was 99 days, for Justice Thomas, and the last four Justices, spanning two Administrations, were confirmed in an average of 75 days. The Senate [now] has almost a full year — more than 300 days — to consider and confirm a nominee.

FACT #3: It will be harmful and create unsustainable uncertainty if Congress fails to act on the President’s nominee. The Supreme Court could go the better part of two Terms with a vacancy if the Senate rejects its Constitutional responsibility. It’d be unprecedented for the Court to go that long with an empty seat. Here’s why it’s harmful: The Court’s 4-4 decisions have no value in establishing precedent on which future decisions can rely. They also cannot establish uniform nationwide rules. That means if multiple courts ruled differently on an issue before it arose at the Supreme Court, a 4-4 ruling would leave those different rules in place in different states. The result is an unsustainable uncertainty — for the law, for individual liberties, and for our economy.” 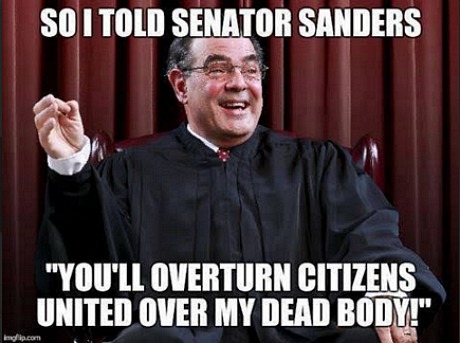