“Douglas Sirk‘s 1959 Imitation of Life is among the most closely analyzed films in the Hollywood canon, a Lana Turner soap opera turned into an exercise in metaphysical formalism by Sirk’s finely textured and densely layered images.” — from Dave Kehr‘s review of John Stahl‘s Imitation of Life (1934) in his N.Y. Times DVD column, published today. 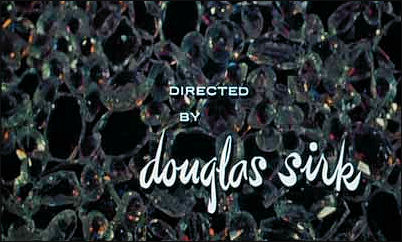 Gee, I never knew that. I know that if someone had come up to me on the street yesterday, stuck their finger in my face and ordered me to name “the most closely analyzed films in the Hollywood canon,” I almost certainly wouldn’t have said “Douglas Sirk’s Imitation of Life.” But I will henceforth!
I realize that the Sirkians are a very passionate group and that SIrk was a fine composer of a very particular type of dramatic “music” (as well as a super-exacting craftsman), but I’ve never felt especially excited about his ’50s films. They deserve respect, but deep down I’ve always regarded them, despite their emotional intensity and immaculate compositions, as middle-aged chick flicks.
No way would Imitation of Life be among my top 100 DVDs-in-a-trunk if I was stuck on a South Seas desert island with a battery-powered DVD player and an endless supply of batteries. I would rather watch 100 Three Stooges shorts than a single Douglas Sirk melodrama. Lana Turner was great when she young and hot in the late ’30s and ;’40s, but for my money she was stifling when she got older. She always looked like she had an upset stomach.