“Can you imagine that goofy gravelly voice of his coming out of a masked crimefighter?,” an IMDB guy wrote a few months back. Well, we don’t have to any longer with the trailer out. Clearly, Seth Rogen is not taking the “earnest” and “committed” approach to playing newspaper heir Britt Reid in Michel Gondry‘s The Green Hornet. That’s for Christian Bale, he clearly decided, but not me.

Rogen is playing the part joshingly, one step removed, like a superhero fan not quite accepting or believing that he can be one himself, nose pressed against the glass but enjoying the show for its rock-out aspects.

Rogen initially committed to making a comedic farce version with director Stephen Chow, but then Chow was muscled off the project (“We can make a lot more money, guys, if we make a semi-conventional, same-old-crap superhero flick instead of a comedy”) and replaced by Gondry.

So what we’re left with is basically The Drunk Knight becoming the Sardonic Smart-Ass Knight as he gets to do all kinds of cool, loud, bang-smash crime-fighting stuff with Kato (Jay Chou) that might be diverting if superhero flick fans hadn’t seen this exact same stuff 1749 times over the last ten to fifteen years.

Cameron Diaz is playing Lenore Case, the classy and compelling would-be girlfriend (a thoroughly stock role by way of the Batman movies). Christoph Waltz snags his first Inglorious Basterds straight-paycheck role as Chudnofsky — a gangster/crime-lord bad guy. And Tom Wilkinson plays Britt’s disapproving father who gets offed by the ne’er do wells at the end of Act One. Who else? Oh, yeah….Edward James Olmos and Edward Furlong. Fine. 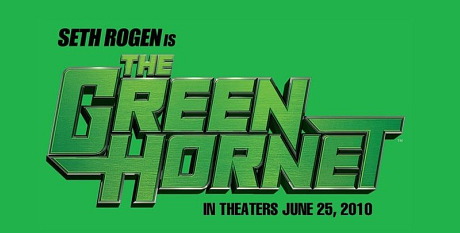 I haven’t seen The Green Hornet, so why do I have this strong feeling that I have seen it? I can see it in my dreams right now. The watching of it six or seven months hence is going to be a mere formality.

A decision was made two months ago to push back a scheduled 12.22.10 opening of The Green Hornet to 1.14.11, ostensibly to allow tecchies more time to work on the 3D conversion. (This came after the original 6.25.10 release date had been jettisoned, of course.) My suspicion had been all along that Sony management decided to convert because they felt the goods hadn’t quite been delivered and that a dimensional enhancement might make a box-office difference. I also think they were punting, a January release being cheaper and less competitive.