The Dude Will Probably Get Through This

…and perhaps may even be cured. 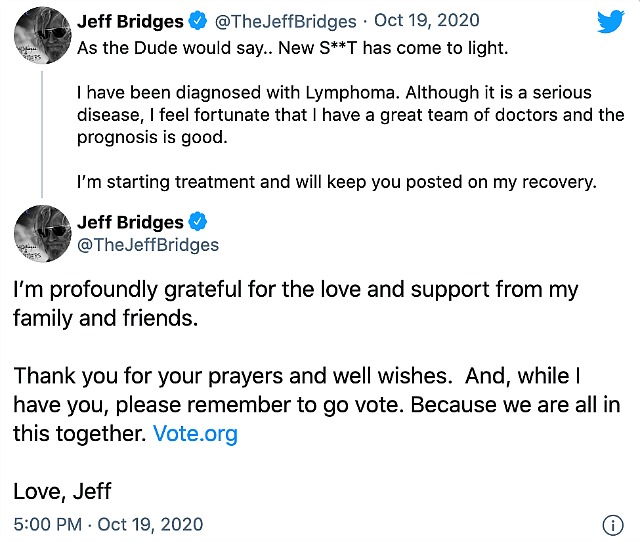 October 19, 2020by Jeffrey Wells14 Comments
« Previous post
Too Young To Be President
Next post »
Shawn Colvin resides in Austin, Texas…