The Hairy One with the Big Feet

Adding to my dissenting view of Guillermo del Toro‘s official contracted commitment to spend four years making two Hobbitt movies for New Line/ Warner Bros. and the oppressive poobah Peter Jackson, Salon‘s Andrew O’Hehir yesterday riffed and elaborated about the regret many are feeling about a great filmmaker preparing to lie down with dogs. 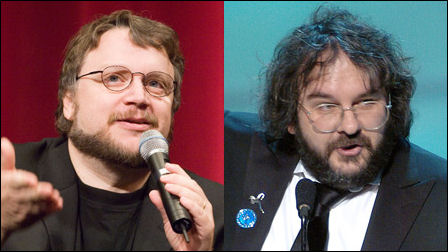 O’Hehir’s best score is quoting Del Toro from a 2006 Cannes interview he did with the guy, to wit: “I was never into heroic fantasy. At all. I don’t like little guys and dragons, hairy feet, hobbits — I’ve never been into that at all. I don’t like sword and sorcery. I hate all that stuff.” I knew it…knew it! A brother under the skin. Guillermo, homie…I’m with you all the way.
Second best O’Hehir graph: “And where did the brilliant idea to make a ‘Hobbit’ sequel — a movie that will presumably cover the 60-year gap between the stories told in ‘The Hobbit’ and in ‘The Lord of the Rings’ — actually come from? If you read all the back-and-forth stories closely, it becomes clear that New Line executive Mark Ordesky at some point told Peter Jackson that the studio had acquired rights to make both ‘The Hobbit’ and a sequel, presumably based on Tolkien’s fragmentary back-story information about what happens in his fictional universe between the two novels.
“A less kind way of saying this is that any ‘Hobbit’ sequel won’t really be a Tolkien adaptation; Jackson and Walsh and Boyens and del Toro and Ordesky and, I don’t know, some guy in the Warner Bros. lunch room will be making the shit up.”