Where are all the descendants of Maximilien Robespierre who were looking to discipline Hollywood Elsewhere last January for not being a big enough fan of The Birth of a Nation when everyone at Sundance was going “whoo-whoo Nate Parker!” Now that Nate and The Birth of a Nation are between a rock and a hard place, all those Robespierres are pretending that last January never happened. Because the only thing they care about is the bon ami of the crowd and not bucking the tide.

HE, meanwhile, has held firm. I still say that as underwhelming as The Birth of a Nation may seem to this or that viewer, it deserves respect as a tribute to Nat Turner and the importance of that 1831 rebellion. Parker also deserves kudos for having struggled hard and long to get it made, and having delivered a reasonably decent film. Some readers are sick of hearing me repeat myself, I know, but I wanted to say this one more time before Birth opens on Friday 10.7. I know the film is on the ropes. I’m aware that the expected box-office tally isn’t going to break records (i.e., in the vicinity of $9 or $10 million in roughly 2000 theatres).

Filed on 1.26.16: “The reign of terror in post-revolutionary France happened over a ten-month period (September 1793 to July 1794), and was marked by mass executions of ‘enemies of the revolution.’ I don’t want to go out on a crazy limb but a distant cousin of this mentality is alive and well in Park City right now, and thriving among the general community of p.c. goose-steppers who are excited/delighted by the love shown for Nate Parker‘s The Birth of a Nation.

“Over the last 12 hours or so it’s been hinted a few times that my being a Birth disser (at least as far as the over-praise is concerned) isn’t good for my social, political or financial health, and that I should think about getting with the program. 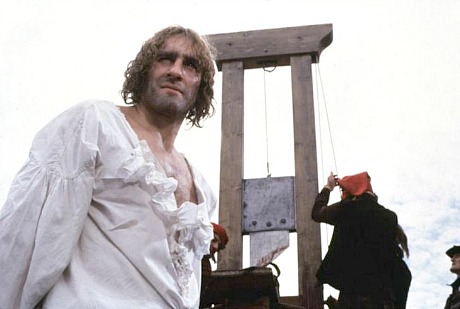 “The elite Sundance festivalgoer support of this film is an expression of liberal enlightenment as well as a pushback against the OscarsSoWhite mentality that has caused to much recent consternation. I’m mentioning the “terror” analogy because, as noted, I’ve heard from a few descendants of Maximilien Robespierres over the last 16 hours, or since I posted my negative review of Parker’s film. These people have hinted that my critique is possibly racist in origin (‘What’s your real agenda, Jeff?’), and that I’m saying the wrong thing at the wrong time, and that there must be something wrong with me not to want to join in celebrating this wonderful, Oscar-bound film, and do I want to risk missing out on a Phase One campaign buy from Fox Searchlight?”

October 3, 2016by Jeffrey Wells22 Comments
« Previous post
Where’s The Burly Guy Who Used To Be Captain Jack?
Next post »
Sonny Corleone Was Shot In ’48, Or Possibly A Year Earlier