It appears as if some kind of mistake was made by England’s Icon Distribution in announcing (or failing to convincingly deny) that it would commercially release Terrence Malick‘s The Tree of Life on May 4th, as reported earlier today by Empire‘s Helen O’Hara. 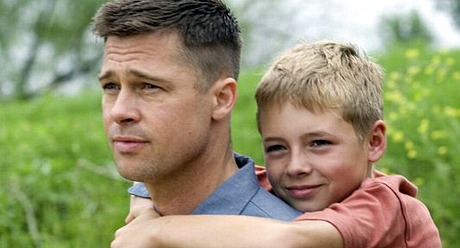 A shock wave went around for a couple of hours later this morning when it seemed at least possible that the story might be true because such a move would have completely undercut the hoopla effect of the expected Cannes Film Festival debut of Malick’s film, which will probably happen a week after the questionably-reported British opening.

I was told by two senior execs with Fox Searchlight, the film’s domestic distributor, that the Empire report is most likely untrue. I then asked Jill Jones, chief of int’l distribution for Summit Entertainment, which holds int’l rights on The Tree of Life, to deny or confirm the story, and through her spokesperson she refused to do either — thanks, Jill! Instead she referred me to Zak Brilliant, VP distribution and publicity or Icon Distribution UK, which will open Malick’s film sometime in May, and he also refused to respond.

So I haven’t been told for sure that it’s an incorrect story, but it probably is.

Earlier but never posted: If today’s Empire magazine report about the May 4th British release date for Terrence Malick‘s The Tree of Life is solid, the air is not only rapidly hissing out of the Malick/Life/Cannes Film Festival balloon — the balloon is deflated and lying on the pavement. For Empire‘s Helen O’Hara is essentially reporting that the expected Cannes debut of Malick’s Penn/Pitt/dinosaur movie has been made completely meaningless by the British release plan.

Summit has international rights to The Tree of Life, and they’ve sub-licensed the British film rights to Icon Releasing. I’m currently waiting for Summit’s Jill Jones to confirm yea or nay. I’ve spoken to two reps from Fox Searchlight, which is releasing Tree of Life domestically, and been told that O’Hara’s report sounds extremely suspect.

But if it’s true this is the end of The Tree of Life because it’s been completely devalued as a Cannes attraction. It not only kills the Malicky coolness factor chasing the festival’s expected unveiling, but indicates that the film is less than the cat’s meow. If it were something special you know that the film’s producers and Cannes honcho Thierry Fremaux wouldn’t allow it to open anywhere before Cannes because a pre-festival commercial opening completely suffocates the tingle.

What a shocker if true! Years of waiting and all this delay, and the Cannes booking of The Tree of Life not even confirmed and it all might all come down to a commercial opening in England? A young mom in Leeds who can’t afford a babysitter will be able to take her two kids to an afternoon showing of The Tree of Life at the local plex before the Cannes elite has a looksee? No, no…that’s too much, too ridiculous. It can’t be true.