Died With Booze In Their Blood

There’s no question that I saved my life when I embraced sobriety on 3.20.12. A growing sense of calm, moderation and spiritual clarity began to manifest within a year or so (certainly by early ’14), and I shudder to think of where my life would be if I was still slurping down the old Pinot Grigio on a nightly basis, not to mention the likelihood that my face would have acquired the shape of a saggy beach ball.

But if I’m being really honest, bathing in a nightly buzz-on used to be a fairly enjoyable thing. It always delivered a “wow, this feels good and I’m happy” attitude…a sense of excitement, good humor, irreverence, When I was younger, that is. In my 20s, 30s and 40s that settle-down feeling of warmth and fun and laughter that wine and the occasional mixed drink used to provide…that felt like a fairly blissful thing.

A friend told me six or seven years ago that I was funnier when I was drinking…that I laughed more, etc. I don’t doubt it.

Pete Hamill‘s “A Drinking Life” led me to sobriety, but it also contained eloquent passages about what a joy it was to drink with friends and share in that spiritual mirth.

I’m mentioning my history as a way of saying that I understand why Errol Flynn (1909-1959) ruined his life with spirits. He drank himself to death because he had a good time along the way. Alcohol allowed him to behave like…what, a reckless horndog, an elegant teenager, an international bon vivant? He liked going there.

Sometime in the mid ’40s Flynn was told by a doctor that if he didn’t cut back on his drinking he wouldn’t last the decade. Well, he made it to ’59.

Presumably Richard Burton, Peter O’Toole, Richard Harris, Robert Mitchum, Tallulah Bankhead, Humphrey Bogart, Spencer Tracy, Peter Finch, John Barrymore, Montgomery Clift and all the other legendary Hollywood drunks had just as good a time getting bombed on a daily basis. Or maybe they were stuck in a rut and didn’t know how to get out of it, or they figured the bad moods and headaches would go away or something.

All I know is that drinking is a young man’s game, and that you have to think about cutting back if not winding down by your early to mid ’40s, and certainly with the arrival of the big five-oh. 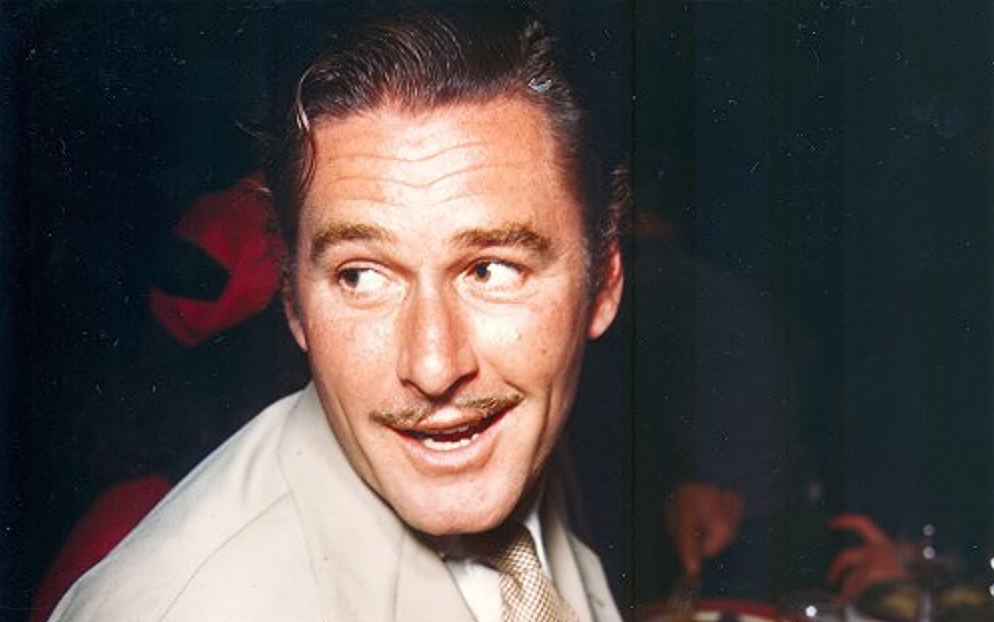