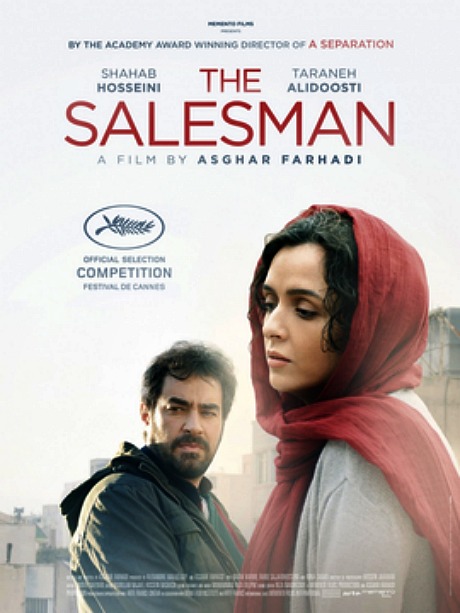 What makes Asghar Farhadi‘s The Salesman so absorbing is that most of the reactions to the attack upon Rana — rage, shock, suspicion, confusion, bitterness, territoriality, a plan of revenge — happen within. Only Emad’s search for the attacker is acknowledged. Everything else is smothered. Especially in Eman’s case. His wife has been attacked but just as importantly (to him) his man-of-the-house pride has been wounded and he wants his vengeance. On one hand he’s obviously justified in wanting to punish his wife’s assailant, but this isn’t a Liam Neeson thing — it’s a matter of Iranian machismo.

The three Farhadi films that everyone has seen and admired (A Separation, About Elly, The Past) are part whodunits and part suspense stories. His method is to unpeel the evidence bit by bit, and with no great haste. He’s no slowboat, but he always reveals the particulars and especially the motives of his characters at a natural, gradual pace, knowing that viewers will hang in there and put it all together. But Farhadi takes it step by step, and is more into revealing than showing. 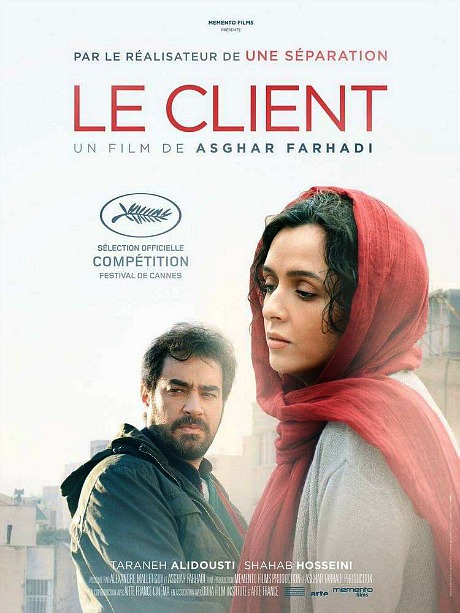 Yes, Farhadi’s stories are plotty and hinge on surprise revelations but the discipline is always paramount, the cinematography is always plain and at eye-level, the dialogue never hits any false notes and the performances are always strong and unmuddled. Hosseini and Alidoosti nail their parts like champs, and the other cast members augment with honors.

And yet somehow (this is the strange part) I wasn’t completely blown away by The Salesman. I was riveted all the way through but something about the third act (and I’m not going reveal any particulars) didn’t quite turn the lock.

I ended up feeling confused. Roughly a half-hour into last night’s screening I sensed that The Salesman would probably be at least a ground-rule double if not a triple. After an hour I was certain it was a triple. And then the big third-act climax happened, and I didn’t quite quite feel that Farhadi-level wham that I’ve come to expect from the guy (he’s a master) and I began to think it might be closer to a double. Then I changed my mind again and decided it was a triple after all — just not the kind of triple I was expecting. Then I began to get angry with myself for subjecting an Asghar Farhadi film to baseball metaphors in the first place.

I only know that The Salesman is not quite a homer (which A Separation definitely is/was). I have no idea what kind of impact The Salesman will have upon others. I can’t explain why I feel this without spoiling, and like I said I’m not going there.

I’m sorry to be picky but a Farhadi film is a special thing, and so you expect a bit more. The Salesman was easily one of the best of the Cannes Film Festival (right up there with Olivier Assayas‘ Personal Shopper and Cristian Mungiu‘s Graduation), but by Farhadi standards it doesn’t quite ring the big gong. But it got me going and I’m glad I saw it, and if it winds up winning something tomorrow night I’ll have no qualms.