Thou Art Not Mighty and Dreadful

The Critical Drinker’s review of No Time To Die is fairly amusing (a bit that appears at the :43 mark is a good hoot) and he doesn’t spoil anything. For a discussion of the ending and whatnot, you need to watch this Critical Drinker After Hours video (96 minutes) and go to the 11-minute mark.

Most of the British YouTubers are discussing spoilers as the film opened in England on Thursday, 9.30. It opens here in select, early-access venues on Wednesday, 10.6.

The Critical Drinker sidesteps the obvious conclusion that your progressive purists wanted James Bond, the smooth, martini-sipping pig chauvinist from MI6, dating back to the Kennedy era and before…they wanted him finished and finalized. In this climactic sense No Time To Die is, from a certain perspective, definitely wokey-wokey. 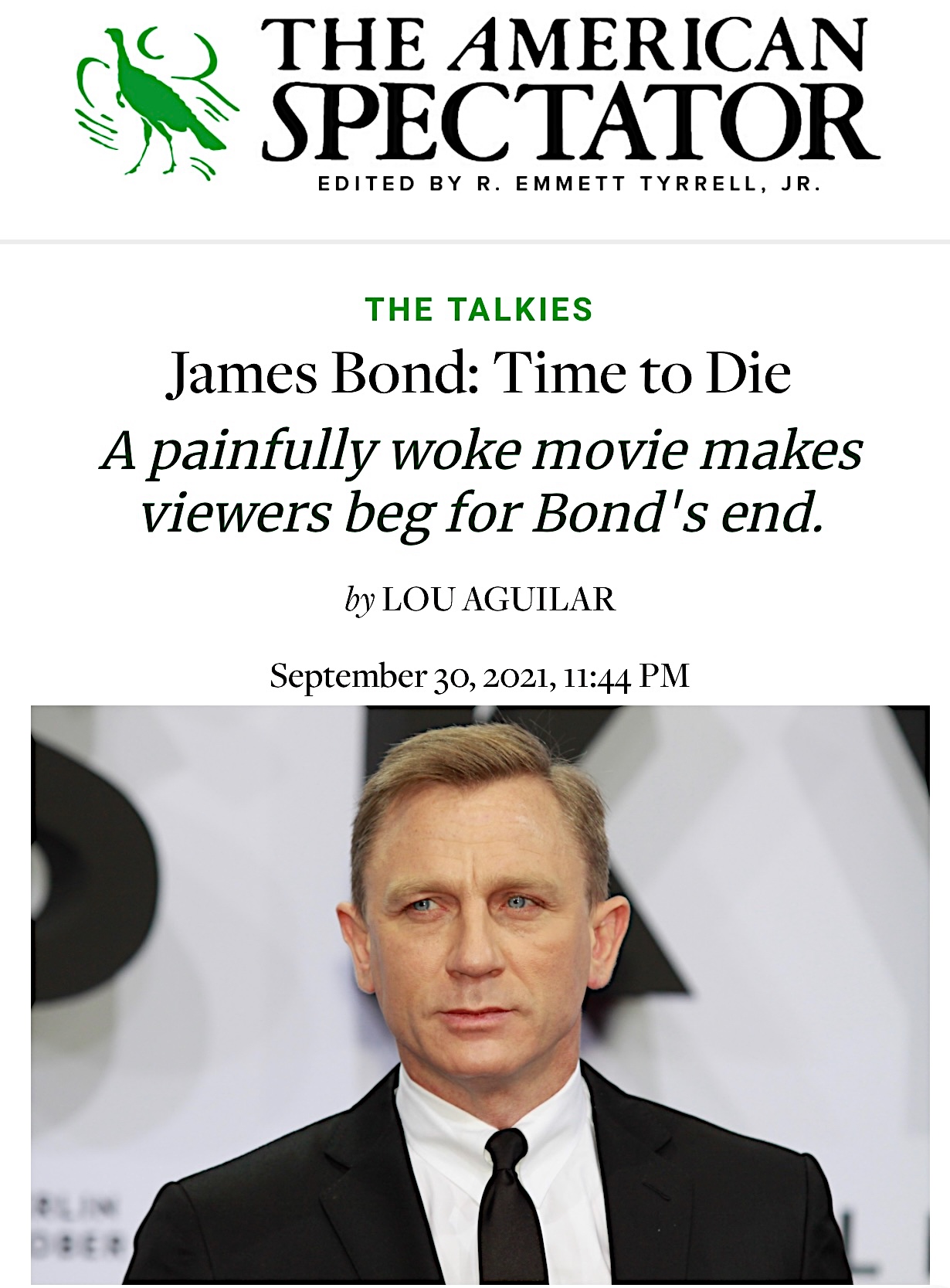