Don’t tell me it wouldn’t feel good to somehow make the Iranian authorities suffer for having today sentenced director Jafar Panahi to six years in jail. They’ve also told him to forget about making films for 20 years. They’re pigs, of course, but I wonder why Panahi didn’t just lam it when he had the chance and move to Paris? Home is where creativity takes you. 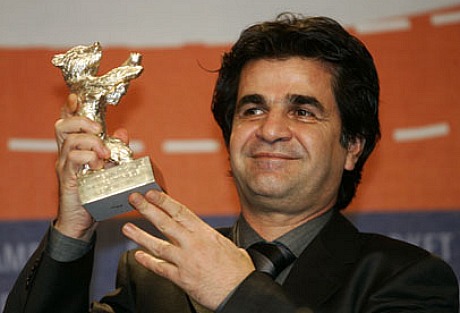 Panahi has no choice, of course, but to sneak out of Iran and make films elsewhere once he gets out of jail. Unless, of course, he wants to be a good little citizen and do what the mullahs have told him to do. He’s a 50 year-old filmmaker. He can’t wait until he’s 70 to make another film. Absurd.

A 12.21 Guardian story by Saeed Kamali Dehghan says that Panahi, “an outspoken supporter of Iran’s opposition green movement, was convicted of gathering, colluding and propaganda against the regime, his attorney Farideh Gheyrat told the Iranian state news agency ISNA.

“‘He is therefore sentenced to six years in prison and also he is banned for 20 years from making any films, writing any scripts, travelling abroad and also giving any interviews to the media including foreign and domestic news organizations,” she said. Gheyrat said she would appeal against the conviction.

“Panahi won the Camera d’Or award at the Cannes film festival in 1995 for his debut feature, The White Balloon, and took the Golden Lion prize at Venice for his 2000 drama, The Circle. His other films include Crimson Gold and Offside. He is highly regarded around the world but his films are banned at home.”