Thoughts on Ansel Elgort, and Less So About JFK 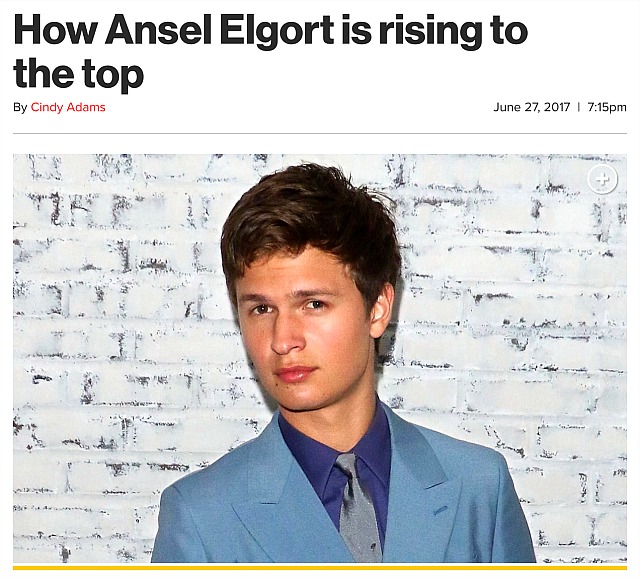 The only workable angle I can think of is having the collision and rescue happen during Act 2, and then devoting Act 3 to showing how the Kennedy family and more precisely Joseph P. Kennedy turned this slightly dicey misfortune into a heroic episode, and then used this image to help launch JFK’s first Congressional campaign in 1946.

However this strange-sounding project turns out, Elgort is definitely a movie star in the wings. (After seeing The Fault In Our Stars three years ago I wrote that “Elgort’s charm and charisma has a lulling effect…I sat there saying to myself, this guy’s got it.”) He has that X-factor quality, he just does, and one thing strongly in his favor is that he’s acquired a rep as a bit of a scamp. If you ask me anyone who doesn’t play the game as ordered by the p.c. banshees is doing something right, and especially if they inspire Jezebel articles that seem to take exception to some of his interview comments.

June 28, 2017by Jeffrey Wells40 Comments
« Previous post
Only Kind of Fins You Can Own
Next post »
Art Of The Title