Three Things About Latest A Star Is Born 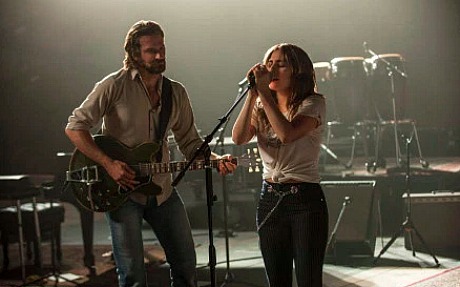 There was a certain exotic intrigue when alcoholism was examined in The Lost Weekend, Come Fill The Cup, the 1954 A Star Is Born and Days of Wine and Roses, but addictions are tedious. They’re just afflictions like any other disease. Whenever I see an alcoholic in a movie I always say, “Get it together, asshole, or you’ll be pushing up daisies before you know it.” Because that’s life. Some people live shorter lives than others, and the reasons for this are often of their own choosing. Some people just don’t have the luck or willpower or whatever, and some wildebeests can’t keep up with the herd and are taken down by hyenas, wild dogs and lions.

According to the IMDB, the script for Cooper’s A Star Is Born has been co-authored by Cooper, Will Fetters, Irene Mecchi, Stephen J. Rivele, Eric Roth and Christopher Wilkinson.

April 17, 2017by Jeffrey Wells47 Comments
« Previous post
The Clarity Of Mind That Comes To A Man Standing On The Gallows
Next post »
By The Sea