Time and Tide Wait For No One

Six days ago Danny Peary posted a q & a with author, film historian, screenwriter and former Variety critic Joseph McBride. The main order of discussion was McBride’s 2017 book, “Two Cheers for Hollywood,” a compilation volume (64 essays and interviews) that I mentioned eight months ago in a piece called “McBride’s Way”.

Right in the middle of Peary’s piece is a 42 year-old photo of McBride, future Variety and Hollywood Reporter critic Todd McCarthy and directors Sam Fuller and Francois Truffaut. It’s a poorly cropped, bad-angle shot — you can only see one-third of McBride at far right — but it was taken in late ’75 at an event that McCarthy helped organize on behalf of the promotion of Truffaut’s The Story of Adele H.. McCarthy was handling publicity for the film as well as the so-called Oscar campaign for Best Actress contender Isabelle Adjani. At the end of the day McCarthy’s boss, the notoriously cheap Roger Corman of New World Pictures, paid for two FYC trade ads for Adjani. 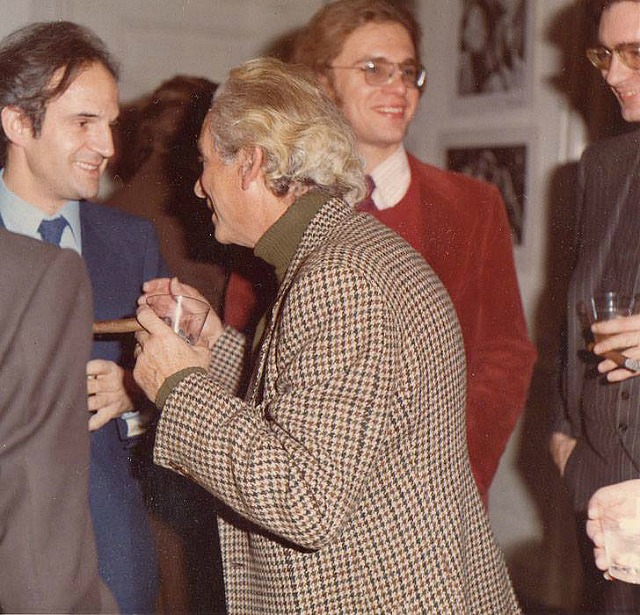 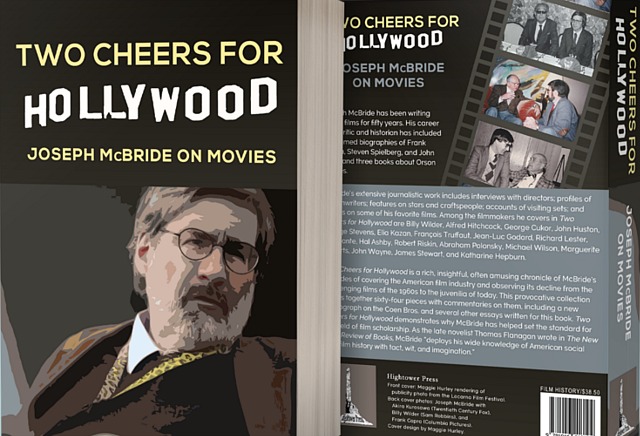 McCarthy’s campaign was nonetheless successful. Adjani was nominated for a Best Actress Oscar in early ’76 (although Louise Fetcher won for her Nurse Ratched in One Flew Over The Cuckoo’s Nest). In late ’75 Adjani won Best Actress trophies from the New York Film Critics Circle and the National Board of Review, and from the National Society of Film Critics in early ’76.

McCarthy’s recollection: “The event happened at the AFI when it was still up at the Doheny/Greystone mansion. I invited all the great old directors in Hollywood, ostensibly to get them to rally around the film for Oscars but privately so I could meet them all. Attending alongside Truffaut and Fuller were George Cukor, King Vidor, Rouben Mamoulian, Alexander Mackendrick and numerous others like Buck Henry, Milos Forman, et al. Quite a night. This was the first time I’d met Truffaut, and while the film was screening we sat outside and all he wanted to talk about was Watergate — he felt he didn’t understand it and American politics sufficiently so he pumped me for endless information so he could better comprehend was going on.”

McBride on general cultural downturn and betrayal: “I feel I was betrayed by the movies, as I was by the Catholic Church, my parents, my schooling, and our government. It’s hard not to continue loving the movies I once loved, though, as well as some occasional new ones. My feelings about the medium today are highly ambivalent. I feel in a sense I went into the wrong profession.

“But my interests have always been broad, and I’ve incorporated them into my work. My biographies of directors range widely into sociopolitical subjects, and I recently have been branching out into books on other subjects besides movies. So I can’t regret the choices I made as a youth (once you make them, it’s almost impossible to turn back), but the art form I loved [has] been trashed and turned largely into moronic fodder for the adolescent male audience, [and that] makes me beyond sad.” McBride mentions, by the way, that he’s one of the talking heads in a forthcoming documentary about the making of Orson Welles‘ The Other Side of the Wind, tentatively titled They’ll Love Me When I’m Dead. (McBride spent six years acting for Welles in that legendary feature, from the first day of shooting to the last.). The doc will premiere next May at the Cannes Film Festival along with, everyone hopes, The Other Side of the Wind itself.

Welles’ final, never-finished feature is currently being edited together after years of delays (largely due to the grasping Oja Kodar, Welles’ lover and partner who refused to surrender the elements until she was sufficiently paid off) and funding issues.

The 64 articles in McBride’s book chronicle his intellectual journeys and personal encounters from the late ’60s to the present — over a half-century of worship, meditation and lighting candles. 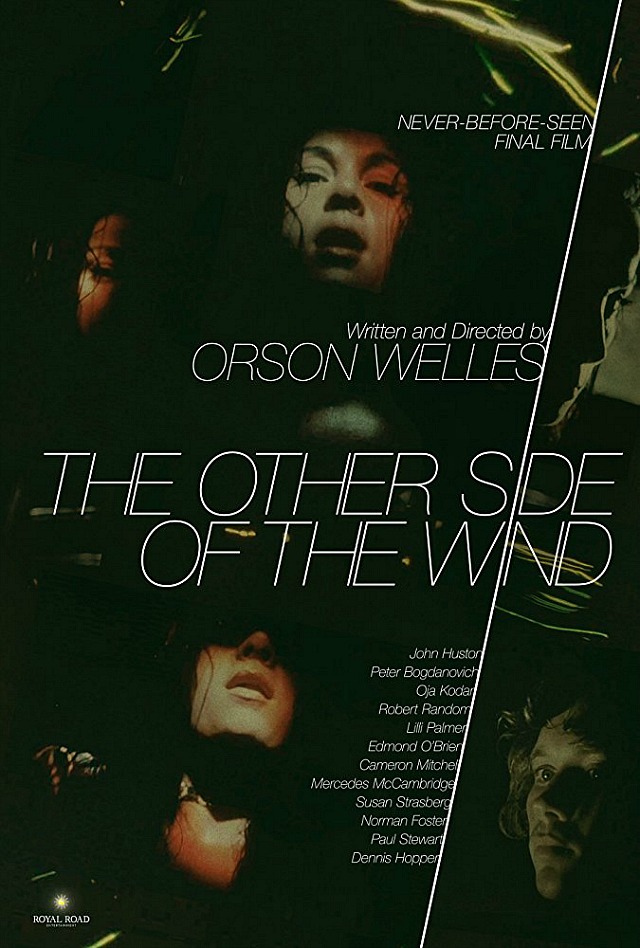