Three weeks and two days after the opening of Rise of the Planet of The Apes, the N.Y. Times runs a piece by Annie Eisenberg that states once again how 2011 performance-capture technology has made it very, very hard to tell that the apes in Rupert Wyatt‘s film aren’t real? That‘s what they’re bringing to the table as Labor Day approaches? Why didn’t the Times wait until October? Don’t half-ass being late to the table — go all out. 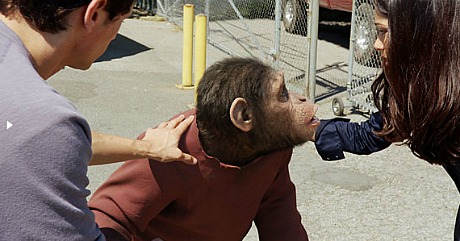