It’s been suggested (but not confirmed) by HE reader Pete Apruzzese that the 1.85 fascists may have their way with a possibly forthcoming Bluray of Alfred Hitchcock‘s Dial M For Murder. I’ve seen this talky 1953 drama, which was originally shot in 3D, countless times on broadcast TV, VHS, DVD and theatrically, and each and every time at 1.33 or 1.37. But Warner Home Video may — I say “may” — have chosen to present its forthcoming Bluray at 1.78 in order to conform to 16 x 9 screens. 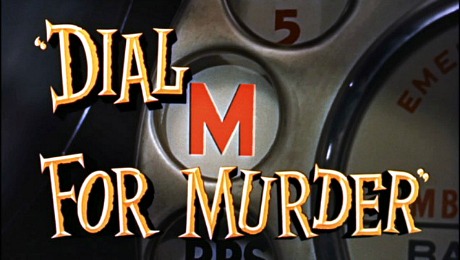 Apruzzese has tirelessly and tediously pointed out that in 1953 the studios, terrified by the threat of television, decreed that all standard Academy ratio films shot in 1.33 would henceforth would be shot or framed so that they would look presentable at 1.85, and that 1.85 would henceforth be the going thing because it looks wider than television and blah, blah. That’s true as far as it goes but…

The exceptions to 1.85 croppings in the mid ’50s to mid ’60s — 1.66 presentations, I mean, as well as perfectly pleasing 1.33 or 1.37 renderings on VHS and DVD — are too numerous to even mention in condensed form, but the fact is that the decision to present films of this era in either 1.78 or 1.85 aspect ratios is simply an accomodation (some would say a capitulation) to the fact that high-def screens are 16 x 9 and that 1.78 or 1.85 films fully occupy these screens, and that 1.33 or 1.37 do not. The primitives out there want every inch of their flatscreen TVs utilized, and the home video companies, terrified of their shrinking market share, are complying.

DVD Beaver‘s Gary W. Tooze reported six years ago that a British PAL Hitchcock box set, assembled by Warner Home Video, contained a 1.85 or 1.78 version of Dial M For Murder. “Many Hitchcock films were composed for both framings and projected theatrically in the US at 1.85:1,” Tooze notes. “As suspected this PAL edition is indeed cropped from 1.33 to 1.85:1, although it has slightly more horizontal information than the R1 transfer. Strange decision to transfer in opposition to the Region 1 [version]!”

A few hours ago I explained to Apruzzese that Dial M for Murder 3D “has always been shown at 1.33. If it’s going to be presented in a 1.78 a.r. on Bluray, it’s because the 1.85 and 1.78 fascist gang has muscled the home video community into thinking this way. Congrats on mauling another 1.33 film for no good reason other than arrogance.” 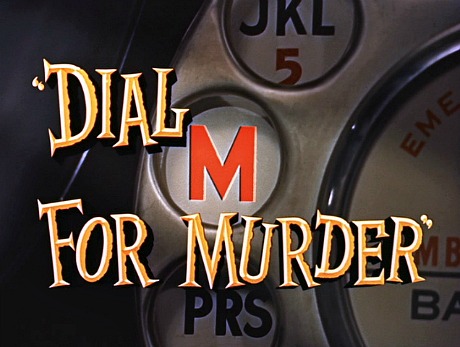 [For whatever idiotic technical reason, the jump page on this story refuses to appear when the story has been posted in full. So I’m breaking it into two chunks — part 2 in the next post.]