Howard Hughes and Josef von Sternberg‘s Jet Pilot allegedly began filming in 1949, and finished sometime in ’53. Von Sternberg and his dp, Winton C. Hoch, composed and shot this allegedly not-very-good film within a 1.37:1 aspect ratio, and yet there are some who actually prefer to watch a cleavered 1.85:1 version — a ridiculous notion if I ever heard one. 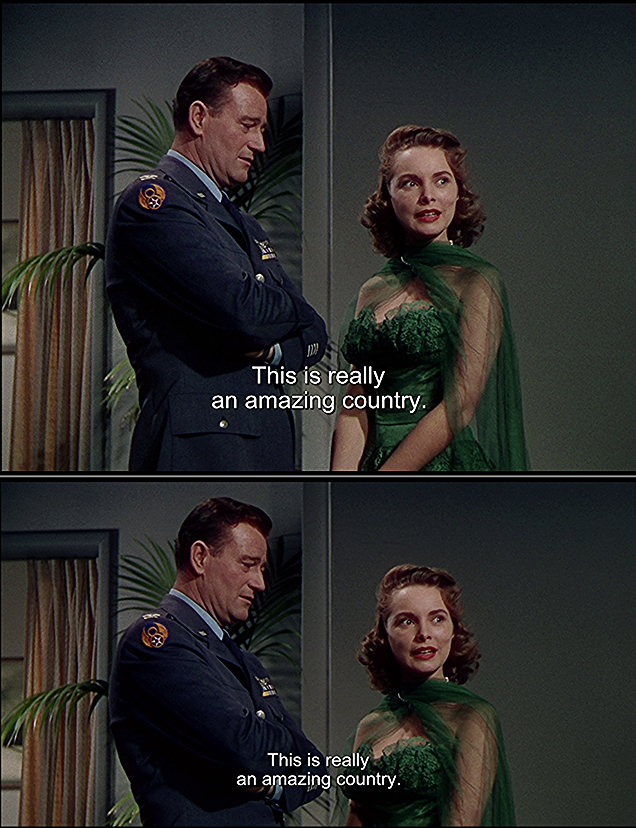 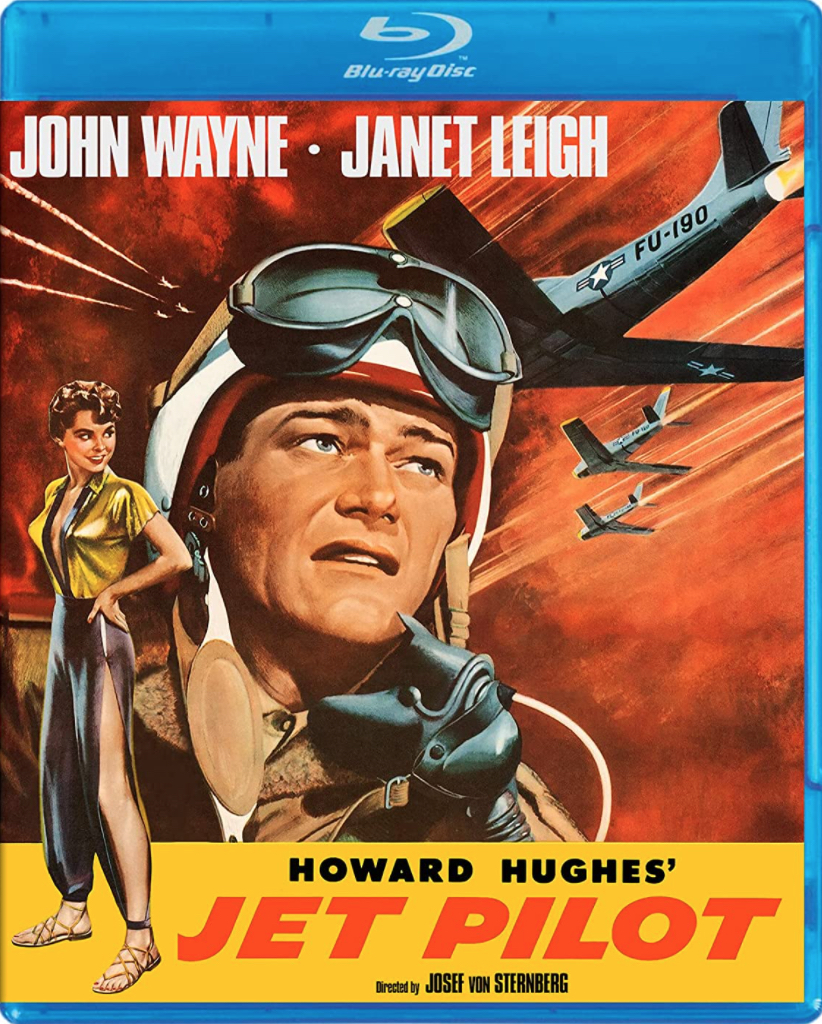