I didn’t want to submit to Darius and Abraham Marder‘s Sound of Metal (Amazon, now streaming) because I’d heard it was a chore to sit through. Plus I despise metal rock, and didn’t want to hang in that world at all. Plus I didn’t want to aurally experience any kind of simulated deafness or diminished hearing…later. But I knew I’d have to watch it sooner or later, and I was finally guilt-tripped into catching it last night. Alright, fine, fuck me, here we go.

Eureka! Sound of Metal is an absorbing and quite delicate film about using tragedy to transition from one world to another, and one that offers a doorway into a spirit world…not so much a world of deafness and signing but one that harbors a realm of cosmic serenity and stillness…a world that expresses the age-old axiom “never speak unless you can improve upon the silence.” Radiance is everywhere.

I’m more in love with writing than almost any other human activity, but I also adore the sound of gifted speaking voices (particularly those of great English-language actors) and singing and musical performance (especially Beethoven’s Ninth and Eric Clapton‘s “Unplugged” album), not to mention the sounds of nature and the city and everything else, etc. So I can’t completely submit to the majesty of cosmic silence, but I know that this is the realm of peace and solace…the one in which God resides.

I completely agree that Riz Ahmed‘s performance as Ruben Stone, a metal drummer whose hearing suddenly collapses at the beginning of a tour, deserves a Best Actor nomination. He’s only been a quality-associated actor for six years or so (Nightcrawler, Rogue One, The Night Of) but Ruben is by far the best role he’s ever lucked into, and as you might expect his best moments in the film are non-verbal. Just about all of them, I would say.

I also agree that Paul Raci, the 60ish guy who ploys Ruben’s straight-shooting guide and teacher at a rural deaf camp, deserves a Best Supporting Actor nom. Raci, whose parents were deaf and who knows the realm inside and out, is perfect in the part. Like Harold Russell was perfect in The Best Years of Our Lives, I mean. Raci is actually a blend of Russell and Lives costar Hoagy Carmichael.

Also excellent are Olivia Cooke as Lou, Ruben’s singing-bandmate girlfriend who insists that he enroll in deaf-camp training, and Mathieu Amalric as her wealthy French dad.

Ruben adapts well to silence and signing, but he still longs for sound and speech. A sizable portion of Act Two is about him selling his mobile home, drums and sound gear so he can afford cochlear implants. But once the implants are embedded and activated, the sound that he hears is like that of an empty tin can attached to a taut metal wire. He pays $30K for this? I can’t believe in this day and age that expensive artificial devices sound this bad.

There’s a moment when Ruben and Lou realize that they can’t resume their relationship, and it’s performed without a single line of explanation or descriptive dialogue…it’s one of the saddest breakup scenes I’ve ever seen.

Again, profuse apologies for waiting this long to see Sound of Metal. 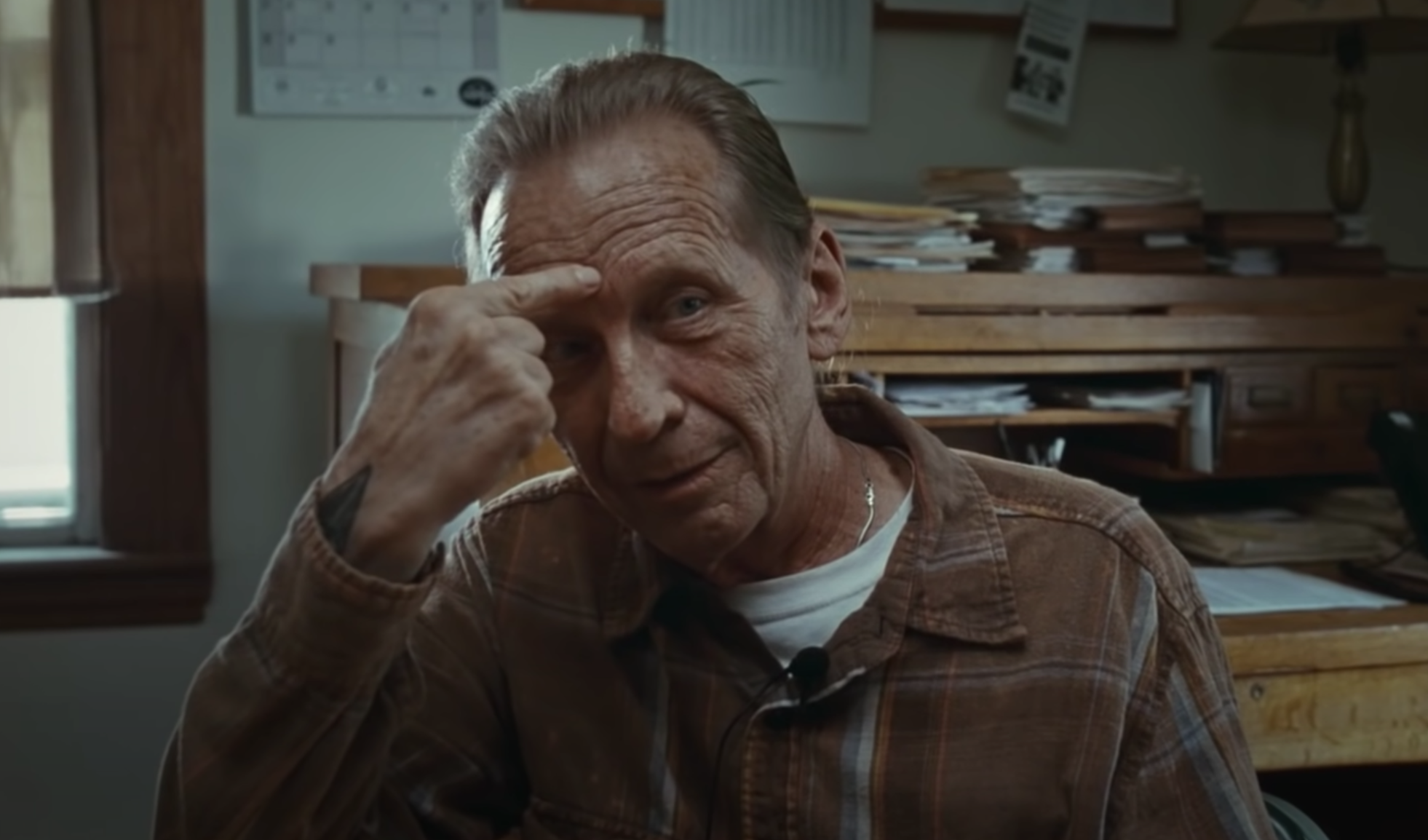 December 19, 2020by Jeffrey Wells21 Comments
« Previous post
No One Ever Accused John Wayne…
Next post »
Neeson vs. Cartel Psychos