My deep regrets over Sherman Torgan, owner and manager of the New Beverly Cinema, having unexpectedly passed yesterday — Wednesday, 7.19 — while bicycling in Santa Monica. 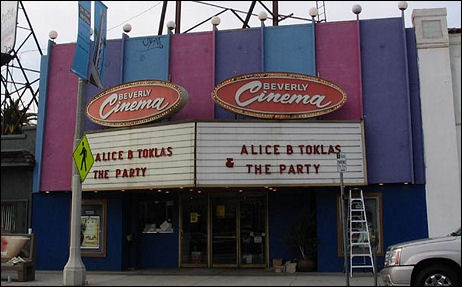 I was sent a letter this morning written by old Torgan friend and colleague Jeffrey Rosen, stating that “this is quite a shock being so unexpected. Plans are not yet finalized as to a funeral or a tribute. Any ideas or suggestions as to the latter would be greatly appreciated. I’m sure there are many who will miss Sherman.”
Rosen added that Sherman’s wife, Mary, and his son, Michael “do not yet know what will happen with the theater.” He wrote that he has “worked with Sherman at the theater since he opened it nearly 30 years ago. I worked as a projectionist there and helped program the theater over the decades. Michael has been helping his dad keep the theater going the past 10 years.”