I can’t say anything about Ridley Scott‘s All The Money In The World (Sony, 12.25), but I sure as hell saw it this afternoon.

I can at least say it felt like a special, very historic occasion, watching a brand-new, big-studio, major-league film that had just re-shot significant portions (i.e., all of Christopher Plummer‘s scenes, which happened mostly in England) less than a month ago. And then came the pleasure of talking to Scott right afterwards during a q & a and then over drinks and hors d’oeuvres in the lobby.

May I also say…? Okay, not allowed. But I was in a pretty good mood when the lights came up.

Ridley was asked about the high stress levels that came with the hasty re-shoot period (11.20 to 11.30). He replied, “If you don’t enjoy stress, don’t do the job…I thrive on stress. For me stress is [figuring] what to do on the weekends.”

What an adventurer, what an El Cid this guy is! He eats this shit for breakfast. A special Oscar is warranted, Academy members. 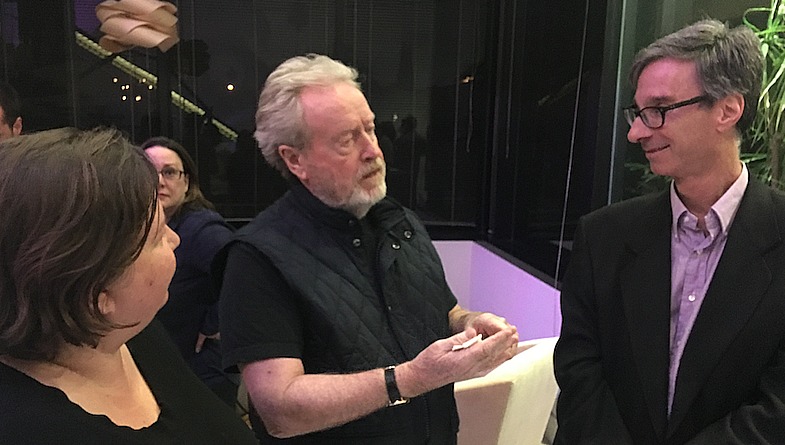 All The Money In The World director Ridley Scott talking to Bill Desowitz in lobby of Real D screening room following this afternoon’s 3 pm screening. 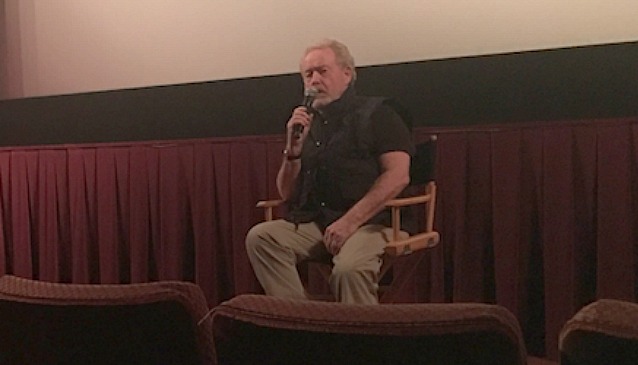 December 15, 2017by Jeffrey Wells31 Comments
« Previous post
Kindness of History
Next post »
Not Turning Out As Expected