Deadline‘s Mike Fleming reports that he’s read “almost all eight pages” of Patrick Goldstein‘s Los Angeles magazine story (on stands 11.28) about the battle between Hollywood’s four trades (Deadline, Hollywood Reporter, TheWrap, Variety), and that he’s incensed that Goldstein has “made a pronouncement as bold and daring as when music critic Jon Landau wrote that he had “seen the future of rock and roll and its name is Bruce Springsteen.” Just as boldly, Fleming writes, Goldstein “reveals that he has seen the future of entertainment journalism and it is…TheWrap‘s Jeff Sneider?” 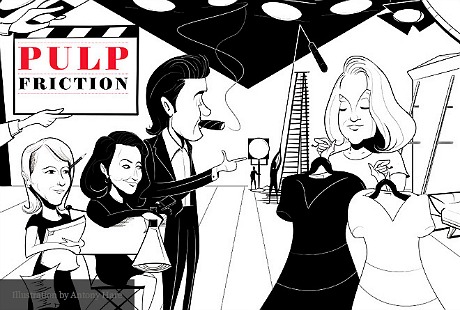 I haven’t read the piece but I don’t see why Fleming has to pick on poor Sneider, who’s just a hard-working guy hustling around for the same casting and distribution-deal scoops that other trade reporters are after.

The webpage summary for Goldstein’s story, apparently titled “Pulp Friction,” says that “everyone knows that the days when Variety and The Hollywood Reporter battled only each other for dominance are long gone, with newcomers Deadline and TheWrap turning the race to win a coveted ‘exclusive’ into nothing short of a blood sport. In recent days, some of the journalists involved — and the mud they so eagerly sling at each other — have even made their own headlines.”

What a quaint expression…”on the stands”!