Last night I tweeted that the “Get Out might win Best Picture” thing is a bizarre enthusiasm that seems to be about (a) extending the #OscarsSoWhite guilt complex by supporting a politically “woke” film, (b) industry POCs doing their usual identity-politics bonding and (c) GenX and Millenial coolios wanting to crown a horror-satire genre film for sheer perversity’s sake, largely because it doesn’t exude traditional Best Picture criteria.

Plainview began by tweeting that “the only movies I think have a chance to win Best Picture in the order of likelihood (as of 12/30): 1. Get Out, 2. The Post, 3. Lady Bird, 4. Dunkirk, 5. Three Billboards.” Ehrlich: “I don’t think 3 billboards has a chance.” Sims: “It has a chance if the [Oscar noms] match the enthusiasm the guilds are showing for it. Like, if [Martin] McDonagh gets a directing nom and it gets 2 supporting actor slots? Look out.” 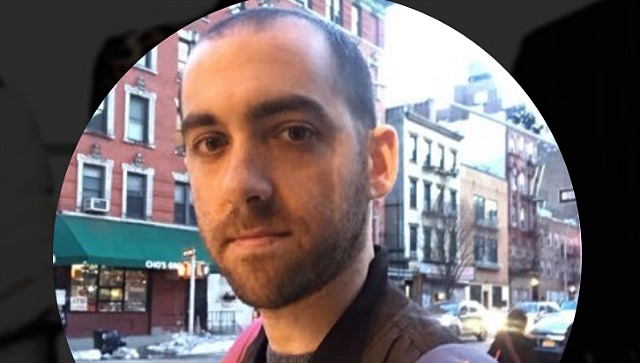 Twitter photo of Get Out devotee & propagandist “Clooney Disciple”

Then Ehrlich said, “I think it’s Get Out, The Post and Lady Bird, with Nolan winning for directing [Dunkirk].” And then Sims asked, “Where is this Get Out resurgence coming from? I say this as someone who predicted it a while back [but] this all just stinks of a wide-open race to me…I need the noms to help sort things out!”

And then Plainview laid his agenda on the kitchen table. “I think it’s still pretty wide open,” he told Sims, “but Get Out is (1) genuinely beloved, (2 & 3) a political choice AND a woke choice, (4) a hit, and (5) the rare movie to actually benefit from being released forever ago — it’s only gained momentum in the cultural conversation over last 10 months.”

What he meant by calling Jordan Peele‘s film “political” and “woke” is that the Academy needs to demonstrate for a second year in a row that #OscarsSoWhite mentality has been expunged and wiped clean. He meant that while 2017 was clearly owned by strong, stand-up women and the #MeToo pushback against sexually inappropriate behavior, renouncing #OscarsSoWhite is still paramount.

What Plainview wrote is analogous, of course, to what Indiewire‘s Anne Thompson and Eric Kohn admitted to in a 12.8 Indiewire podcast (#176).

I’m referring to the passage in which Thompson said (a) “I know when I was filling out my Critics Choice ballot, there were a couple of categories where I did lean into a couple of movies including Get Out and Mudbound and Shape of Water…where I wanted to make sure there were some people of color on my ballot…I did!”, and (b) “what I did what was that I made [POC contenders] higher. On my ballot. In each case. I moved them up to make sure that it was recognized. As opposed to putting them as #4 or #5 or something like that. Academy members are going to do the same thing.”

I really love how the Twitter mafia is constantly ignoring Call Me By Your Name — easily the best film of the year, a film that operates in a sublime, Eric Rohmer-esque realm that’s far above the realm of Get Out — in their end-of-the-year summaries. They’re trying to trigger herd-mentality assumptions that it somehow wouldn’t be valid to vote for a film that they like or respect but regard as an outlier in terms of racetrack odds.

For the 67th or 68th time, 2017’s most deserving Best Picture contenders are Call Me By Your Name, The Post, Lady Bird and Dunkirk. If it has to be either Lady Bird, The Post or Dunkirk then the “woke” choice is obviously Greta Gerwig‘s film. Jesus, the patience I have to muster every time I get into one of these spats.