I’m rolling up to Santa Barbara this morning, partly to catch an unpublicized, members-only, Santa Barbara Film Festival screening of James Ponsoldt‘s End of the Tour at the Riviera theatre. And then a private reception for Ponsoldt and costar Jason Segel, whose performance as the late David Foster Wallace captures something about writerly solitude and existential gloom. His low-key performance is a low-flame, simmer-in-the-skillet thing — a visually distinctive look (hulking, two-week grungy beard, white bandana) with a certain thorny, hangdog integrity. I’m not a huge fan of the film, but I “respect” it, as I would any character-driven film, if for no other reason than the minimalist two-character template. 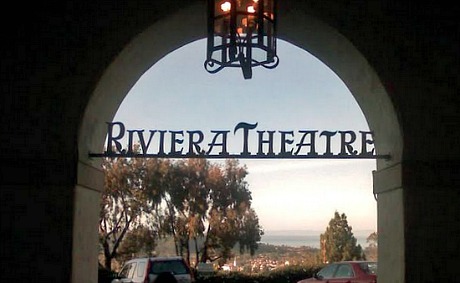 The remainder of the day will be spent in the company of Santa Barbara Film Festival honcho Roger Durling, one of the gentlest and most perceptive fellows I know in this racket. Zak is coming as he doesn’t travel much. And it’s a beautiful day.