8:40 pm: Nobody expected the 2021 Oscars to be anything too special or riveting, but I was intrigued by what Soderbergh might do with it. Whatever he did, it sure as hell wasn’t like a movie. As the show finally turned out, it was just kinda “meh” and not funny or pizazzy enough and the only big surprise, really, was the Hopkins win. How did Viola Davis manage the Best Actress SAG win while losing the Oscar? The simplest answer is that SAG-AFTRA allegiance is not synonymous with Academy worship.

8:10 pm: Time for the keenly awaited Best Actress presentation — the big moment. And the Oscar goes to Frances McDormand! Okay, that’s a wee bit disappointing. But okay — Nomadland‘s third Oscar, and McDormand’s third also. “And I like work…hah-hah! Thank you for that.” And The Father‘s Anthony Hopkins wins for Best Actor! The show was jiggered to end on a big emotional note with Chadwick Boseman winning, and then Hopkins takes it and he doesn’t show up. And the show’s over. They managed to push the running time to 3:17 without songs or dancing or a jokey monologue.

8:01 pm: Wait…Rita Moreno is presenting the Best Picture Oscar now? Before the Best Actor and Best Actress presentations? Okay — the second Nomadland Oscar. I’m fine with this. We all expected it. It’s a well-made film. Fran’s coyote yell worked. That and “see this movie on the biggest screen,” etc. Who expects to see an IMAX version of Nomadland sometime this summer?

7:57 pm: The pace of the death reel was steady at first, then it went faster and faster, and then it slowed down at the end to acknowledge the passings of Sean Connery and Chadwick Boseman. They seemed to include everyone. I guess the show is going to last 3 hours and 15 minutes, something like that. No worries on this end.

7:37 pm: Zendaya presenting the Best Score Oscar, and the winner is Soul. Jon Batiste is cool. H.E.R. wins the Best Song Oscar for Judas and the Black Messiah — “Fight For You.” What’s with all the time-killing chit-chat…the padding? At least Glenn Close is getting into it.

7:27 pm: Tyler Perry accepting the Jean Hersholt Humanitarian Award. “Refuse hate…don’t hate anyone,” he says, “because they’re black or white or Asian,” etc. How about wokesters not hating centrist types? How about not trying to destroy the lives of people who aren’t woke enough, or who might have tweeted the wrong thing ten years ago? Do they count?

7:07 pm: The Best Cinematography Oscar goes to Mank‘s Eric Messerschmidt! That’s a bit of a surprise, no? Friendo: “So now things get interesting. Will Nomadland only win Best Picture and Best Director? Will it win best Editing also? Will McDormand win through?”

7:05 pm: We’re now in the final hour (55 minutes to go), and Mank has won the Best Production Design Oscar…congrats! Why does this show have no clips?

6:56 pm: Brad Pitt hands the Best Supporting Actress Oscar to Yuh-Jung Youn, the spunky Minari grandma who burned the barn down. The first Asian actress to win in this category since Sayonara‘s Miyoshi Umeki, and the first Korean actress ever. She’s going on a bit. An elegant lady, nicely dressed, amusing…class act.

6:51 pm: The Visual Effects Oscar should go to Tenet, I feel, and it does!

6:40 pm: Time for My Octopus Teacher to win the Best Feature Documentary Oscar…right? Correct. What happened to “this show will feel like a movie?” I thought that meant that nominees and winners would perform snappy dialogue with the camera darting in and out. I thought that meant that some kind of light narrative would develop. Something along those lines. The winning Octopus couple is going on and on. Friendo: “Oh, for the days of Joe Pesci when a simple ‘Thank You’ was sufficient.”

6:35 pm: Best Documentary, Short Subject Oscar goes to Colette. I’m sorry but this show is just plodding along…it’s not zippy, funny, nervy, irreverent. The tone of sincerity mixed with “earnest” and “heartfelt” is almost suffocating. It feels like a meeting of kindly, friendly Trotskyites in formal wear.

6:26 pm: Reese Witherspoon reading off the Best Animated Feature nominees. I’m sorry but I hate animation. The Oscar goes to Soul — a film that I didn’t much care for. Excerpt: “Soul betrays its audience by (a) encouraging them to identify with and believe in Joe Gardner‘s long-denied dream about becoming a jazz musician instead of a frustrated middle-school music teacher, only to (b) pull the rug out on Joe’s dream in Act Three and end things with Joe feeling uncertain about what he really wants to do with his remaining time on earth. Possibly jazz, possibly teaching…who knows?”

6:15 pm: Two Distant Strangers wins for Live Action Short. We are reminded that cops will continue to shoot people of color on a disproportionate basis. The Best Animated Short winners (“If Anything Happens I Love you”) also deplore gun deaths at the hands of police.

6:12 pm: This show doesn’t feel “like a movie” at all. It feels like a dud-level Kiwanis Club awards event in a mid-sized restaurant. The vibe is pure Spirit Awards, but without the jokes. The most touching acceptance speech so far has been given by poor Thomas Vinterberg (what a terrible loss) — the others have been (here comes that word again) solemn.

6:08 pm: And the Best Sound Oscar, announced by Riz Ahmed, goes to Sound of Metal….thank you! Fully and completely deserved, if I do say so myself.

5:47 pm: I have to be honest — the Soderbergh Oscar atmosphere feels a bit curious. Solemn, doleful, downbeat, no jokes. Emphasis on the solemn. In years and decades past, the Oscar elite (nominees, plus-ones, ticketed guests) were the usual Anglos with a smattering of Black, Latino, Asian, etc. Tonight the visuals are diverse-plus…mostly (am I allowed to notice this?) people of color, it seems, with a smattering of palefaces. Okay, more than a smattering but fewer, for sure. 60-40? Plus the absence of jokes and general mirth…what can I say? The words “fun” and “lively” will not be used to summarize this show after it’s over.

5:38 pm: I have to admit that those clips of Steven Spielberg‘s West Side Story (due eight months hence) are alluring. A little Robert Wise-y, but more arthousey. The cinematographer is Janusz Kaminsky, but the default milky desaturated thing has been put aside.

5:21 pm: Laura Dern announcing the winner of the Best International Film Oscar. HE is rooting against Another Round, due respect, and for Quo Vadis, Aida or Collectiv. Thomas Vinterberg‘s Another Round, an underwhelming film, wins. Vinterberg alludes to his (and more particularly his daughter Ida‘s) highway tragedy in 2019. Very sad….”Ida, this is a miracle that has happened, and you’re part of it…this one’s for you.”

5:08 pm: Despite the last-minute Bo Burnham switcheroo at the end of Promising Young Woman, Emerald Fennell wins for Best Original Screenplay. An omen that might indicate a Mullligan win later on? These origin-story speeches are definitely going on a bit. Best Adapted Screenplay Oscar about to be announced…and the Oscar goes to the co-writers of The Father, Christopher Hampton and Florian Zeller. Zeller, speaking from Paris at 2:14 am, is holding an Oscar statuette. Makes logistical sense.

5:04 pm: One Night in Miami‘s Regina King tracking shot through the sparsely attended Union Station festivities, and then up to the stage. First thing out of her mouth — this has been a painful year and people of color are not safe, or words to that effect — “This of this as a movie set…” Friendo: “Mentioning racial anxiety at the very beginning of the telecast…millions of Americans just switched to the other channel.”

2:42 pm: HE’s live-blog commentary on the lowest rated, most who-gives-a-shit? Oscar award ceremony in Hollywood history (although possibly the most inventively staged and written, courtesy of Steven Soderbergh) begins at 5pm Pacific / 8 pm Eastern. Tune in, turn on, check your tweets. 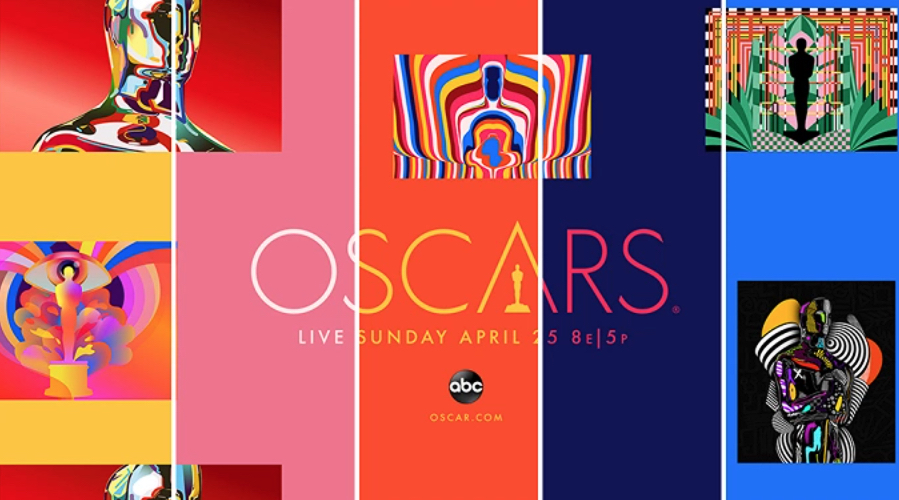 Here’s one reason why Hollywood Elsewhere has such a high regard for Spectrum service:

4:45 update: Signal issues persisted, so I downloaded the Spectrum app on my Apple TV box and am now using this — good to go.