Cinematographer Svetlana Cvetko, whom I’ve been referring to as “HE’s own” for several years, has become a bona fide hyphenate — a director-dp. After making the festival rounds last year with her doc short, Yours Sincerely, Lois Weber, she began directing a self-penned feature. Produced by Nick Sarkisov and shot in black-and-white widescreen (2.39:1), it’s called My Crazy Nature.

It’s about a menage a trois relationship between two guys and a girl. The portions I’ve seen (and the silky monochrome capturings are truly magnificent) reminded me at times of Francois Truffaut‘s Jules and Jim (’62) with a dash of Coline Serreau‘s Pourquois Pas? (’77).

Alas, Svetlana has had to recently interrupt this passion project (which has been filming locally as well as in Europe) to direct an indie-financed drama called Foreign Exchange, costarring Meet The Parents‘ Teri Polo and Niptuck‘s Dylan Walsh. 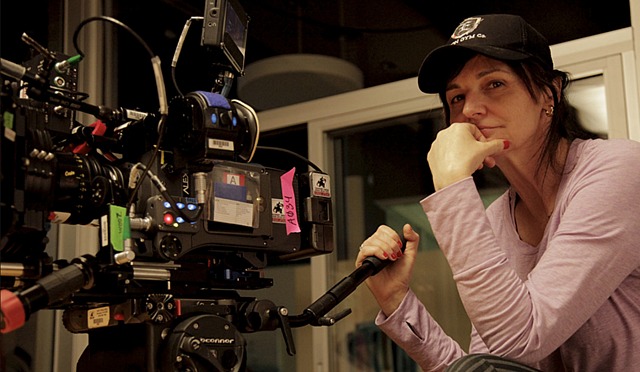