The Regal Cinema theatre where Bernie played last night is huge — as big as the Radio City Music Hall is you don’t count the multiple balconies in that famous house. The ceiling near the front has to be 75 or 80 feet high. The screen is the biggest I’ve ever seen in Los Angeles. (Really.) I was sitting in the fourth row, and it was like I was two or three years old and seeing my first movie. The image was massive. 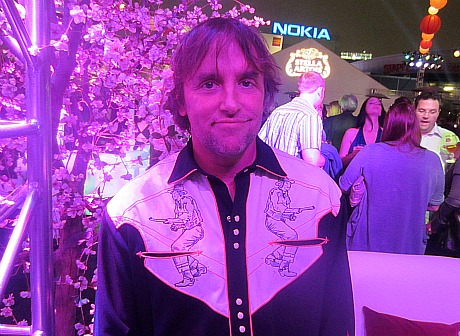 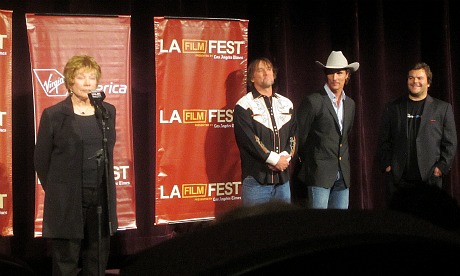 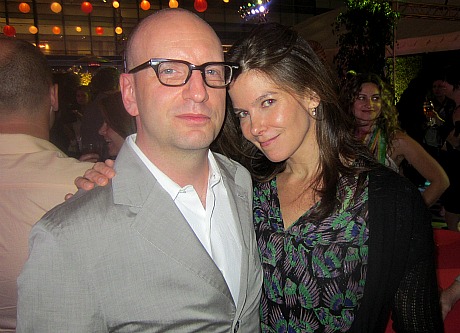 Steven Soderbegh, Jules Asner during last night’s LAFF after-party. I asked Soderbergh if he’s seen Bennett Miler’s Moneyball yet. He looked at me quizzically. “You’re asking me if I’ve seen a movie that they fired me off?,” he responded. “Yeah, why not?,” I said. “Water under the bridge. Julie Taymor was whacked as the director of the Spider-Man musical, thrown under the bus by Bono, and there she was taking bows and blowing kisses on opening night. “I’ll see it when I see it…in good time,” he said (or words to that effect). I predicted that his forthcoming retirement from from films will be “a Frank Sinatra retirement” — two or three years of chilling out and then back in the saddle. He said he plans on catching Nicholas Winding Refn’s Drive fairly soon (but not at LAFF), and I urged him to see Paddy Considine’s Tyrannosaur. “If you’re going direct movies, you have to constantly do your homework,” he said. 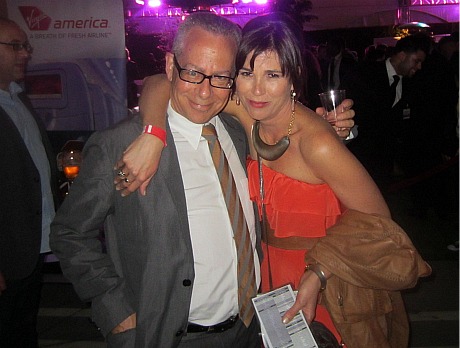 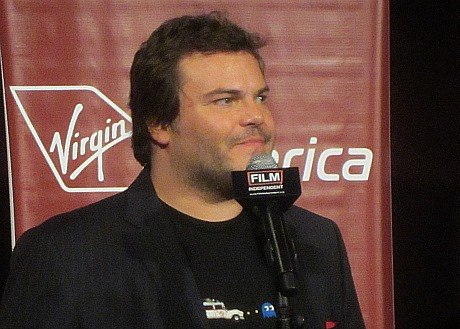 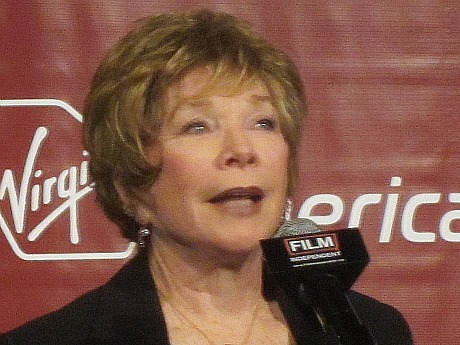