If a reporter or editor puts quote marks around a term, it means that he/she regards the term as exotic and to some degree suspect. Especially if they qualify it by adding “so-called”.

It goes without saying that this kind of usage can be self-revealing.

If a reporter or editor puts quotes around “systemic racism” with a “so-called” qualifier, they would be instantly suspected of being Republicans if not white supremacists and probably fired and ex-communicated. Same result if they were to post an article that used the term “so-called ‘sexual harassment'”. Ditto if a reporter or editor were to publish an article that included “so-called ‘climate change'” — only a rightwing denialist would use such terminology.

So we know where Variety reporter Jamie Lang (and/or his editor) is coming from when an opening paragraph about a Johnny Depp press conference at the San Sebastian Film Festival reads as follows:

“Johnny Depp was only meant to be asked questions relating to his career during a press conference preceding his Donostia Awards reception at the San Sebastian Film Festival. But in response to one journalist’s bold attempt to parse the actor’s thoughts on so-called ‘cancel culture’ and how social media can affect public figures, Depp did not hold back.”

The difference is that Variety has no problem with alluding to “cancel culture” as a dubious or iffy term. 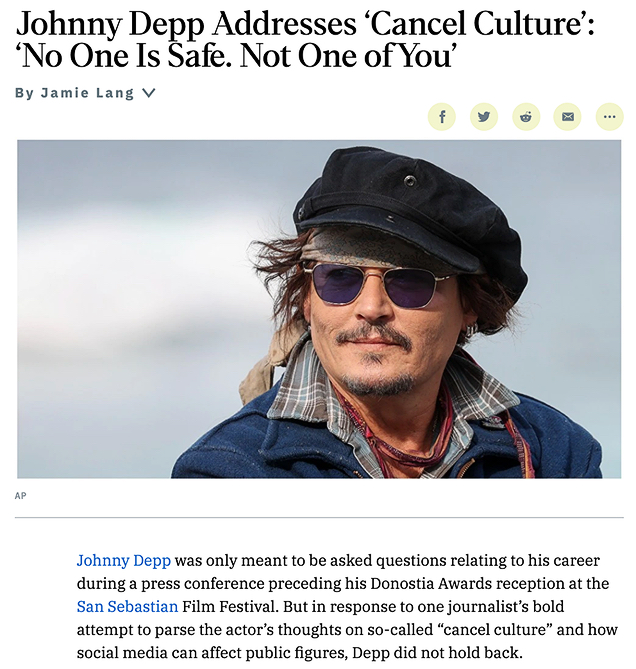