I’ll be driving out to the 405 Sunset overpass later today to take some shots of the utterly empty 405. Everyone has spoken about Carmageddon as a blight, a plague, a traffic nightmare, an imprisonment. Except totally deserted highways and roads are a profound visual delight, and the only way to capture them is to shoot at 5:30 am and even then, etc. Or organize the emptiness like Stanley Kramer did when he shot On The Beach. 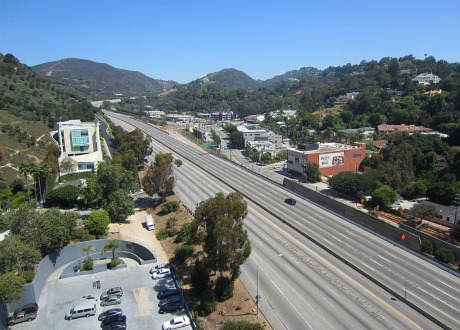 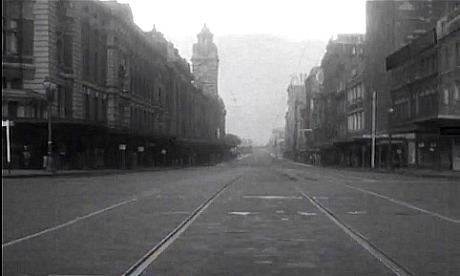 Frame capture from the finale of On The Beach (’60).