W Hour Is Nigh

It’s been a long wait, but Oliver Stone‘s W. (Lionsgate, 10.17) is finally done and being shown to print press (tonight and tomorrow morning) prior to tomorrow’s press junket. This is a very big deal in my world. I’m so keyed up, in fact, that all I’ve done this morning is surf and research and surf again and call around. Ten stories circling the airport and I haven’t brought a single one in for a landing. And it’s mainly due to the pre-screening heebie-jeebies. 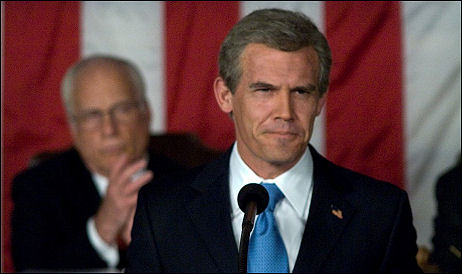 I’m presuming — we’re all presuming — that W. is probably going to be received as a film about its performances first, and the content, theme and the shape of it second. Which is I was hearing two or three weeks ago. “Good film but uncanny Josh Brolin” is how Politico’s Jeffrey Ressner reported it. Which will be more or less fine with me. I’m expecting more though, being a fan of Stanley Weiser ‘s script and knowing what it more or less is.
Variety editor-columnist and Sunday Morning Shootout guy Peter Bart saw W. the weekend before last with the other TV interview press. Last Friday he called it “an engrossing film — part polemic, part parody — that reminds us that the man who made Platoon hasn’t lost his edge.”
Engrossing? That’s almost like calling it “interesting” or “impressive.”
The pic “explores the love-hate relationship between George Bush senior and junior. It culminates in a devastating (and imagined) scene in which Bush senior all but implodes in parental rage, declaring that, thanks to junior, no Bush will ever again be elected to public office.” 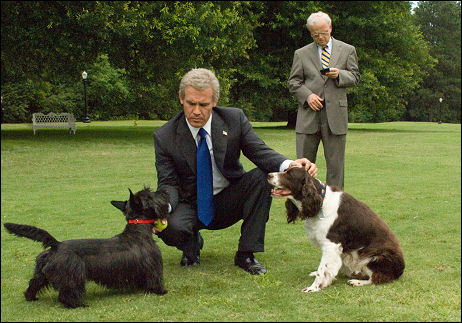 “The case against Junior in the film is pinned to Iraq — indeed it is W’s handling of the war that finally sends Senior over the top — but the president’s utter helplessness in the face of the present collapse serves as a vivid postscript. The Bush dynasty is all about money and power — economic upheaval is not an acceptable option.”
Stone’s portrait of the president “is that of a smug, self-righteous and uniquely stubborn Ivy Leaguer-turned-Texan who believes he has direct access to Godly wisdom,” Bart writes.