Before zotzing Picturehouse and Warner Independent, Warner Bros. management “did look at various permutations of keeping the companies in discussion,” the Hollywood Reporter‘s Gregg Goldstein and Borys Kit wrote last night, including having Picturehouse chief Bob Berney and WI honcho Polly Cohen co-manage a merged specialty division, “something the execs agreed to do shortly after the New Line absorption was announced, Cohen said.” 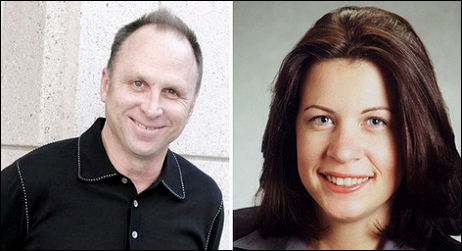 “The decision to cease operations was made only about a week ago, and many inside the company were caught off-guard — including Cohen, who said she was having meetings about a merged division with Berney as recently as Friday. She said she was informed about the decision Wednesday, and she dismissed word that the decision was made earlier than then. ‘I doubt they’d pull a whole Truman Show on me,’ she said with a laugh. ‘I’ve been at Warners so long they say derogatory things about me in front of my face.’
“‘It was similar to what happened at New Line. Warners made both of them (Cohen and Berney) jump through hoops for weeks,’ says a Berney associate.
“‘They said, ‘Will you streamline your staff? — OK.’ ‘Will you use the Warner Bros. distribution network? — OK.’ With every obstacle they threw at them, they came back with a PowerPoint presentation on how to deal with it. It’s almost like they wanted Bob to quit.’
“‘Bob wasn’t getting a lot of calls from other studios since the New Line announcement was made, but he was getting a lot from people with venture capital,’ the colleague added. ‘Now the call volume is getting really crazy.’