Some Came Running‘s Glenn Kenny was undoubtedly heartened to read that director Richard Linklater considers a certain landmark Vincente Minnelli film, released in 1958, to be nearly as important as Orson Welles‘ Citizen Kane. “It really resonated with me,” Linklater tells the Observer‘s Hermione Hoby. “It’s about the prodigal son come back to his home town and it’s about art and sex and who you want to be — all those important things. 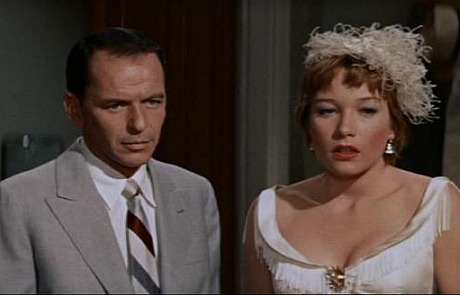 “It’s a Frank Sinatra vehicle but I love it because it’s about an artist who’s flopped, and that’s hard to depict. There’s the person Sinatra’s character, Dave Hirsh, kind of aspires to be – he had the chance to be the very greatest, but then he’s this boozing gambler guy too, and Dean Martin, playing Bama Dillert, represents that world. I have different feelings about those guys every time I watch it.

“Sinatra always made it all about him, and this is maybe his best-ever performance. But the fun guy, as he was in real life, is Dean Martin’s character – he wears a cowboy hat and, like Dean, doesn’t give a shit about anything. It reflects how those guys really were – Sinatra: conflicted, easily wounded, striving. Dean Martin: not caring so much, just a cool guy. Sometimes I think I’d rather be Bama Dillert than Dave Hirsh, but it’s fun to side with each of them.

“It’s based on a novel by James Jones, who wrote From Here to Eternity; Some Came Running was his follow-up novel and even though it didn’t do as well, they managed to get a really wonderful screenplay out of it.

“Have I taken things from it for my films? I wish! They don’t make ’em like that any more. I would love to, but I don’t think people would buy that kind of 50s melodrama. There are sequences that are intimate, one-room scenes, but then there are beautiful crescendos, like the one at the end – he can deliver that too. Minnelli’s sensibilities were perfect for it – the sensitivity and the bravado. It hits all the notes.” 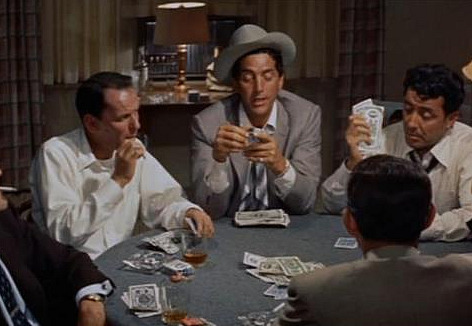