The about-to-open Fantastic Mr. Fox shows that director Wes Anderson (a) remains one of the 21st Century’s most assertive auteurist filmmakers, which is a glorious thing from a certain perspective, and yet (b) at the same time is trapped in this auteurist-mindset mode. A little more than two years ago I wrote a column, inspired by a dream, that suggested how Wes could free himself from the Andersonville gulag. I’m re-running it today as a follow-up to my Fantastic Mr. Fox review: 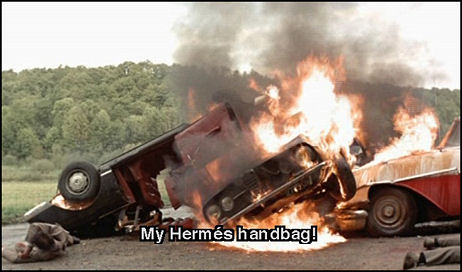 Dreams never seem as profound the next morning as they do when they’re running in your sleep, but I had a lulu last night that, if listened to and boldly acted upon, might lead to the resurrection of Wes Anderson‘s career with a single mad sweep of the brush and a sudden screech of tires.

What Anderson needs to do more than anything else right now is to blow up “Andersonville,” that specially styled, ultra-hermetic world that his films and characters reside in. Being Wes, he naturally needs to do it with style. And the best way to do this, I’m convinced, is to make an arty black comedy about the world coming to an end on the rural two-lane blacktops, highways and freeways of America.

Anderson, in short, needs to reimagine and then remake Jean-Luc Godard‘s Weekend. 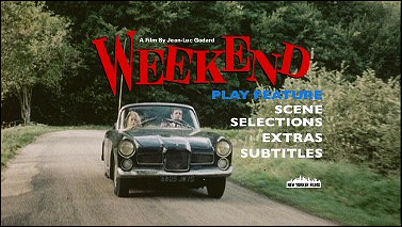 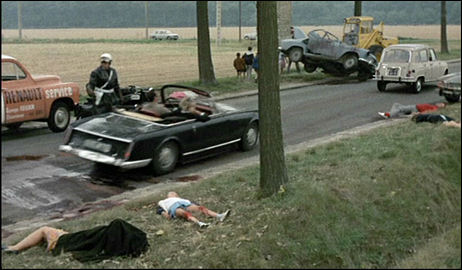