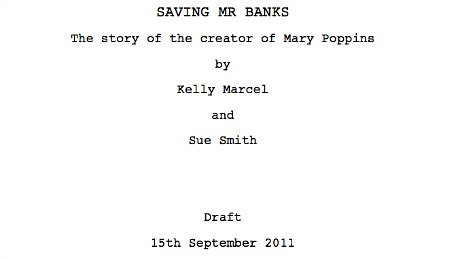 “Marcel’s script, which appeared on the 2011 Black List, is so wise and clean and well-crafted that you can hear Hanks and Thompson say the lines as you read them,” I wrote on 5.12. “The writing is so skilled, assured and articulate about conflict and the creative process.

“No one knows how the film will turn out as a whole, but the director, John Lee Hancock (The Blind Side, The Rookie, The Alamo), is probably the most skilled guy in the business when it comes to giving G or PG-rated or family-friendly material a certain echo-y gravitas, so don’t be surprised if Saving Mr. Banks ends up as a Best Picture contender.”