Edited: My general impression is that last night’s work-in-progress screening of Martin Scorsese‘s Hugo didn’t go over all that well. Well, it did for some but for others it was an in-and-outer. And given this less-than-a home-run-or-perhaps-even-a-triple response, I would have felt badly if I’d spent $600-plus to remain in New York in order to see it. (Which of course I didn’t.) 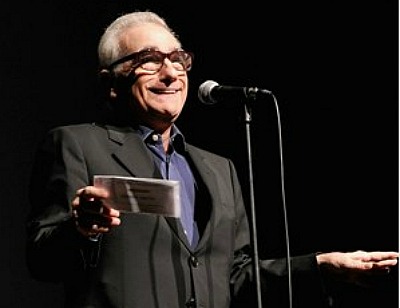 Hugo “will be a worthy addition to the upcoming awards season,” wrotes Deadline‘s Mike Fleming. “Scorsese has provided the most intriguing use of 3D since James Cameron did in Avatar; instead of the gimmicky opportunity of using 3D to have objects jump out at audiences, Scorsese employs it to subtly immerse the audience into Hugo Cabret’s world that exists behind the walls of a Paris train station, and the inner workings of the clocks he winds and maintains, that are so integral to the film’s plot.

“Scorsese has infused the film with his love of cinema history and passion for film restoration. The big question for a pricey family film is how the half-pint set will greet an old fashioned love letter to the formation of cinema.”

A friend has confided that “you’ll ultimately be glad that you didn’t shell out $600 to stay for the screening. There’s going to be a lot of stuff you’re going to like but the kids are [negative comment] and probably 65% of the movie is just them by themselves. The stuff about Georges Melies (played by Ben Kingsley) is the best part and that doesn’t happen until over an hour into the movie.”