I’ve been trying to get rid of the HE pestilence known as “George” and previously as “Arpin Lusene” for months now. I’ve used Disqus protocol to ban him (I’ve successfully banned scores of ugly commenters over the years), but somehow he always re-appears. Every day I delete what he posts, and hours later he returns unfazed. Some days I won’t delete his posts but label them as spam, and once again he’s right back in the thread. There’s apparently a way to erase him for good, and that’s to “shadow ban” him. Except to do that I’d have to join Disqus Plus for $11 a month and $132 annually. Just to get rid of one toxic jerk.

Tatiana suggested reporting him to Disqus as a harasser, which I did. Maybe they’ll get back to me about this. It’s very annoying.

If anyone can suggest a remedy, please get in touch. I know this psycho’s email address, and I wrote him the following this morning: “Go away, leave this site and never return. You’re NUTS, man! If you don’t leave I will post your email address. I have already filed a harassment complaint against you with Disqus. Other aggressive measures are an option. Scram!” 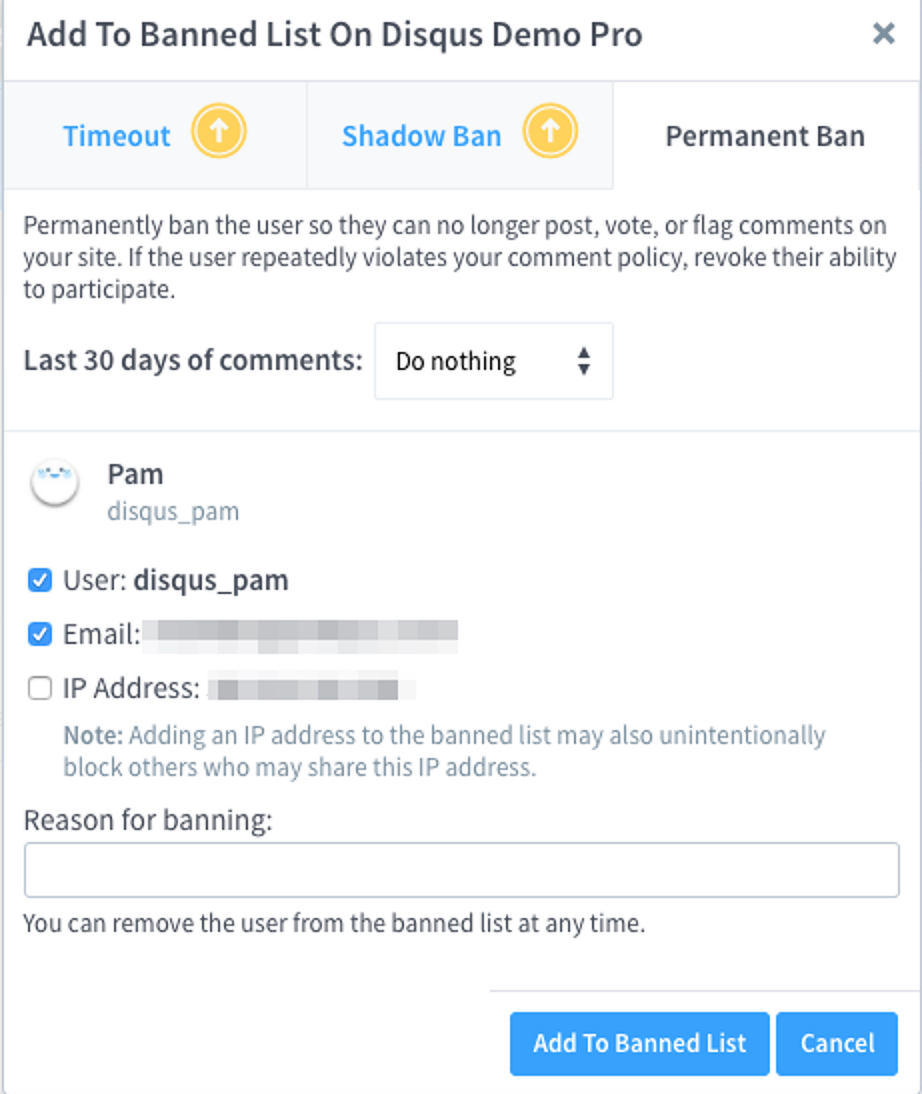