What Doesn’t Kill You

One of the 19 films in the Toronto Film Festival’s Discovery program, announced earlier today, is What Doesn’t Kill You, an real-life crime drama set in Boston with Mark Ruffalo and Ethan Hawke. Director and cowriter Brian Goodman (otherwise an actor who mainly works on TV series) based Ruffalo’s character on his own experiences with a pal who’s now serving 100 years in prison for armed robbery. Goodman himself has done time for assault, according to one news account. 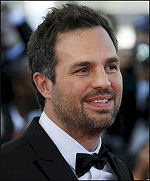 The film was originally called Real Men Cry. Donnie Wahlberg and Amanda Peet costar. The film is produced by Bob Yari, who is known to be on the financial ropes these days.
“I read the screenplay and absolutely loved it,” an IMDB guy wrote. “It truly is a great American story about growing up in the city and the struggles that come with the attempts of sticking together with the ones you trust — especially when you have been involved in the criminal life since day one. With a fantastic plot, character development and series of events overturning into a somewhat positive resolution, I definitely plan on seeing this film and recommend it to anyone who may be curious about it.”