When Do We Eat?

I spent the weekend with an old friend who lives in Little Compton, Rhode Island. An affluent hamlet, large trees and sprawling extra-large lawns, private beaches, flat Hamptons-style typography. Last night we visited her slightly older sister, who lives a full and ordered life but doesn’t “get out” much and rarely if ever goes to movies. But her eyes brightened when Eat Pray Love came up, which older sis definitely plans to see. Moments like this tell you more than any tracking report. 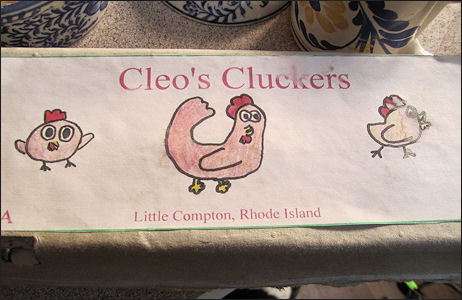 Nobody in my realm has seen Eat Pray Love…no screenings, no nothing. And yet it opens 11 days hence (8.13), or the same day as The Expendables, Scott Pilgrim vs. The World, Mesrine: Killer Instinct, Animal Kingdom, etc., which have all been liberally screened. We’re obviously past the appropriate time to let people like me see it unless…you know, there’s a problem. I’m not implying anything; I’m just wondering. 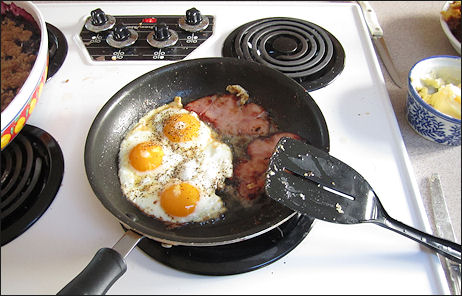 Eat Pray Love is incidentally rated PG-13 for “brief strong language, some sexual references and male rear nudity.” Whose ass, I wonder? Richard Jenkins would naturally be out of the running so the most reasonable assumption would be either James Franco‘s or Javier Bardem‘s. 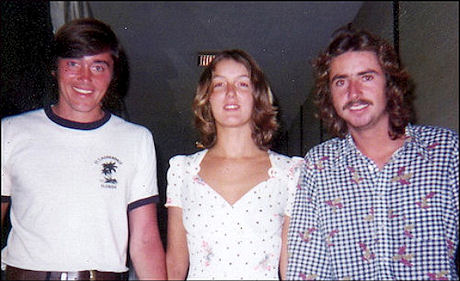 Myself, my friend’s older sister (not to be named without permission) and a guy she was seeing at the time. Pic taken way back when in Ft. Lauderdale, Florida.