You can tell right off the bat that Jonah Hill‘s Mid ’90s (A24, 10.19) is an exception of one kind or another. It sure doesn’t feel like just another Los Angeles skateboard flick. You can sense a focus on character and kid culture and ’90s minutiae. Fast and loose and raggedy — the rhythms and the atmosphere feel right.

Pic is set in the lower West L.A. region — Palms, Culver City, Venice — and partly focused on a Motor Ave. skateboard shop. (Born in ’83, Hill grew up in the Cheviot Hills neighborhood or just north of these regions.) Sunny Suljic (The Killing of a Sacred Deer) has a certain X-factor thing going, and I love that Hill has Lucas Hedges playing a bit of a domineering-shit older brother instead of the usual gentle-sensitive guy from Lady Bird, Boy Erased and Manchester By The Sea. Katherine Waterston plays Suljic’s somewhat unstable mom.

Directed and written by Hill; shot by Christopher Blauvelt (Indignation) in HE’s own 1.37 aspect ratio (boxy is beautiful) and edited by Nick Houy. 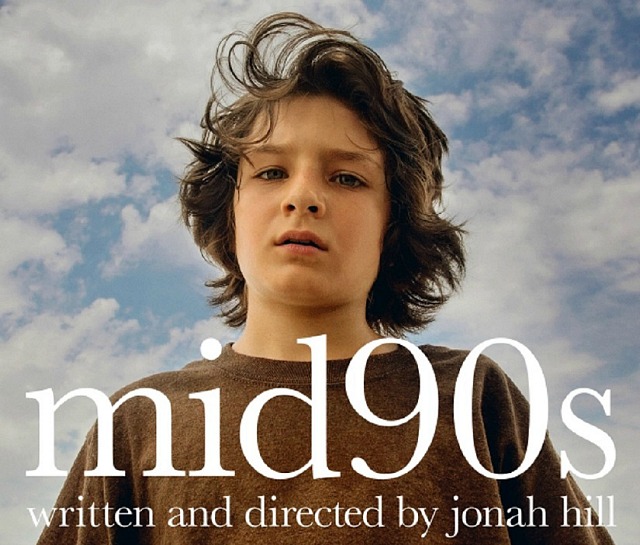 Sidenote: The Wikipage says Suljic is playing a 13 year-old. Too short for that — looks more like 9 or 10. I was nearly my full height (6′ 1/2″) when I was 13 or thereabouts. I’m presuming that Suljic is a stand-in for Hill in the mid ’90s, and I realize that some kids don’t attain their adult height until their mid teens. Suljic still looks three years shy of 13, if not four.